AMES, Iowa – The No. 4/12 Texas Track and Field program put in a strong shift on Friday during the first day of the 2020 Big 12 Indoor Championship, winning one individual conference title, one relay crown and qualifying 22 competitors (9 men/13 women) for Saturday’s finals.

Senior O’Brien Wasome claimed the Longhorns’ individual Big 12 title on Friday, as he won the men’s long jump in dramatic fashion. Wasome, known best for his expertise in the triple jump, found himself sitting in third place entering the final round and needing to post a personal-best mark to win his first Big 12 indoor long jump title. Wasome did just that, launching himself a collegiate-best 8.00m/26-3, on the last jump of the day to win the Big 12 title.

Wasome’s title-winning mark made him the third-best indoor long jumper in school history and was the fifth-best individual performance overall. He joins Marquise Goodwin and Steffin McCarter as the only Longhorns to clear the eight-meter mark indoors. Wasome is also the sixth Longhorn (seventh instance) to win a Big 12 long jump title indoors.

The women’s distance medley relay team – made up by Kathryn Gillespie, Brooke Jaworski, Valery Tobias and Destiny Collins – ran away from the field in 11:24.53 to win the program’s first indoor DMR title since 2013. Gillespie opened with the 1,200-meter leg, clocking 3:30.92 to spark the Horns’ wire-to-wire victory. Behind the senior, Jaworski and Tobias covered the next two legs in 53.51 and 2:11.75, respectively. Collins closed out the race by running the mile leg in 4:48.35. It was the first individual conference title for all four UT women.

In the men’s heptathlon, freshman Leo Neugebauer scored 3,361 points in the first four events to open up a 117-point lead heading into Saturday. The German international matched his collegiate-best with a 7.12 in the 60-meter dash to open the day, but then won both the long jump (7.31m) and shot put (15.34m) to take the lead. He cleared 2.02m to tie for second in the high jump. Alex Loving current sits fifth in the heptathlon standings at 3,122, with George Patrick (2,936) and Philip Frank (2,929) holding down sixth and seventh, respectively.

Friday’s track events opened with the women’s 60-meter hurdles, where junior Tara Davis clocked an 8.30 to qualify for Saturday’s final. The race marked the first NCAA competition for Davis since the 2018 NCAA Outdoor Championships – a 629-day absence from collegiate action. She missed the 2019 season after transferring from Georgia, and missed the majority of the 2020 indoor season due to an injury suffered in training.

Davis – who also finished fourth in the women’s long jump at 6.17m – was one of several Longhorns to advance to Saturday’s finals. That list also features plenty of prominent Longhorns such as Julien Alfred, John Burt, Kynnedy Flannel, Kathryn Gillespie, Micaiah Harris and Jonathan Jones, among others.

Staying on the women’s side, senior Elena Bruckner closed out her Big 12 career by recording a 19.32m mark in the weight throw. It was a season-best for Bruckner, and the second-best throw in school history trailing only the school-record mark (19.60m) that she set at last year’s Big 12 Indoor Championship in Lubbock, Texas.

The Big 12 Indoor Championship concludes on Saturday, with both team titles still up for grabs. Coverage on Big 12 Now/ESPN+ begins at 12:15 p.m. CT. 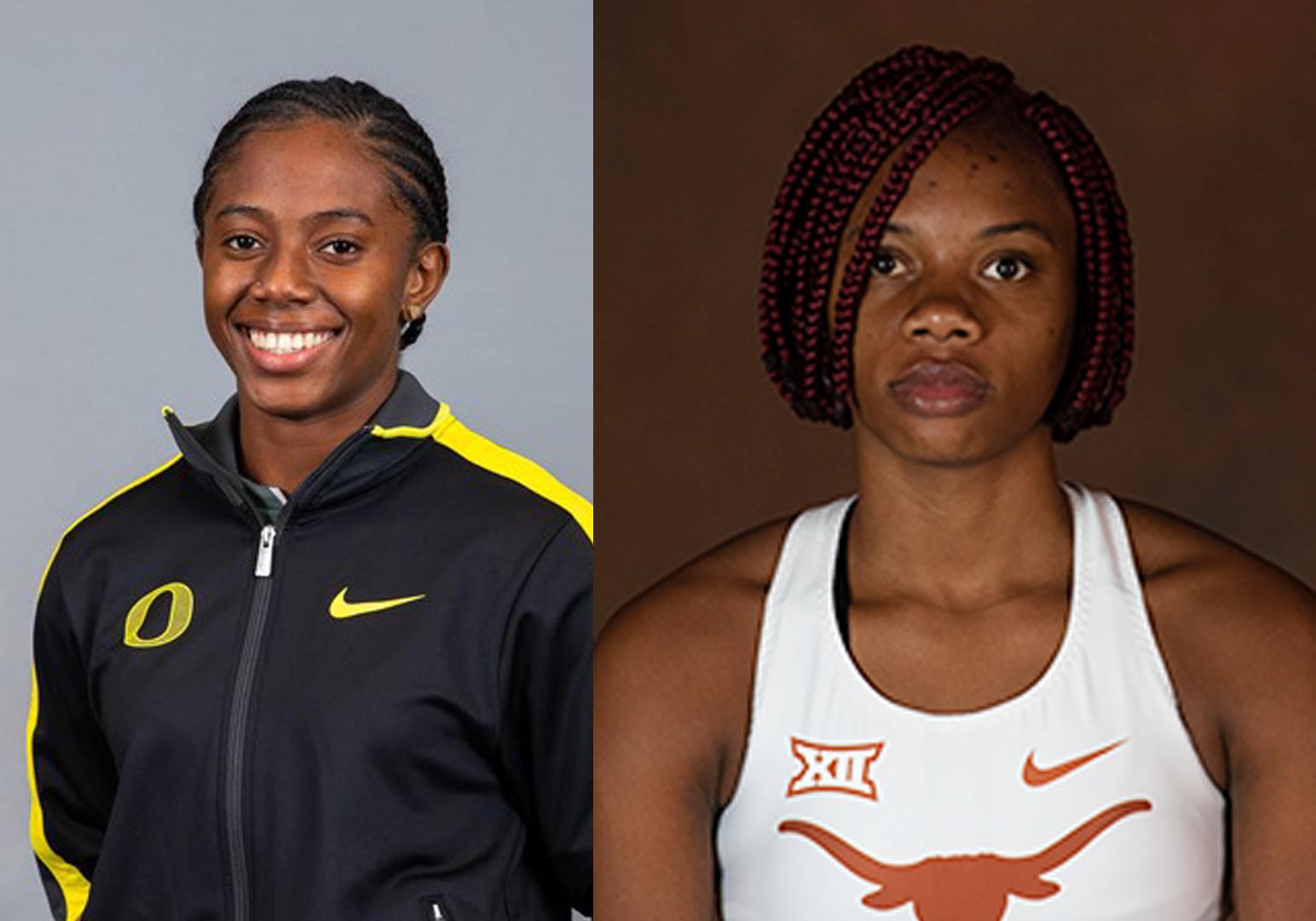