Calabar and Edwin Allen successfully defended their Boys and Girls Champs titles, but several shone brightly on the final day of the 107th Champs at the National Stadium on Saturday night (1 April).

Heading into the night’s final race, the boys’ 4x400m relay, Calabar trailed KC by four points and needed to win the event to stand a chance of holding on to their crown.

Standout sprinter Christopher Taylor anchored the Michael Clarke coached team to victory, while KC, who needed to finish in the Top 3, faded badly to fifth and lost by three points.

In the end, Calabar kept their Boys Champs team title after tallying 317 points, while Kingston College was second with 314. 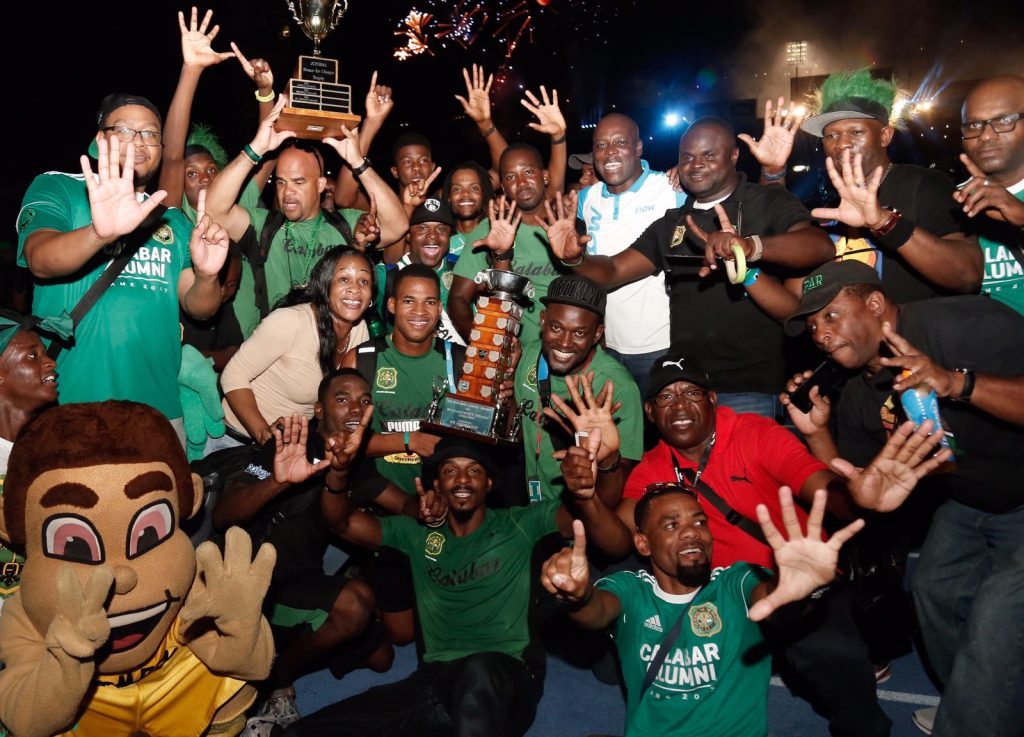 Other notable performances on the boys’ side came from Kevin Nedrick, Sachin Dennis, Ari Rodgers and Lushane Wilson.

Nedrick of Petersfield, after suffering defeat in the javelin open, two days after breaking the national junior record (NJR), got his name in the record books again. He threw 20.65m, a NJR mark, to win the Class 1 boys’ shot put final. It was also the first mark over 20 metres in Champs history.

Dennis of STETHS completed the sprint double with victory in the Class 2 boys’ 200m. He ran a superb corner, which was the difference between himself, Jevaughn Powell of Edwin Allen and Wolmer’s Xavier Nairne. The gap was shortened, but Dennis held on in 21.06 ahead of Powell, 21.11 and Nairne 21.15.

On the girls’ side, the five-day event ended with an easy victory for defending champions Edwin Allen, who secured their fourth successful girls crown and fifth overall.
Edwin Allen, who paced themselves through the opening three days of action, picked things up in the fourth and fifth days to successfully defend their Girls Champs team title with 316.5 points.

The champs from Frankfield, Clarendon finished 60.5 points clear of their closest rivals, which was not too surprising, given the early predictions and expectations.
Meanwhile, finishing second was Hydel with 256 points, with St Jago taking third with 246pts, fourth going to Holmwood at 243 and Vere Technical rounded out the Top 5 with 125.5. 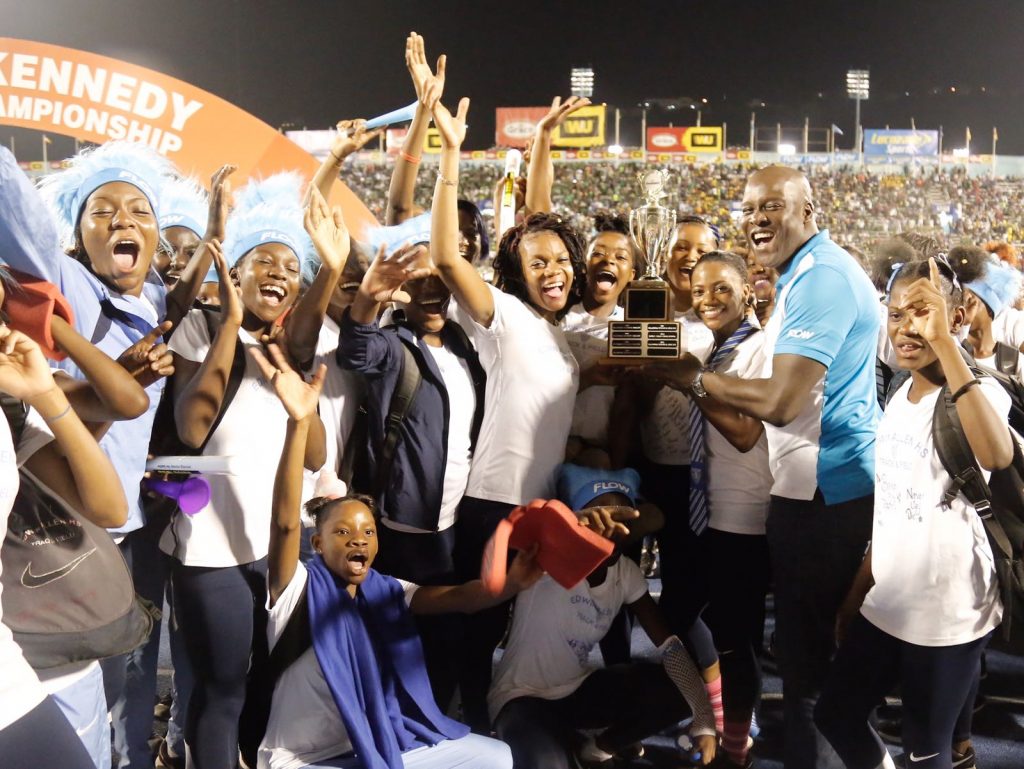 Edwin Allen’s McDonald, who held her composure with Wolmer’s Janeek Brown pulling alongside her inch by inch, also smashed another impressive Champs record, this in the Class 1 girls’ 100m hurdles. She held off the fast finishing Brown to win in 13.12, erasing the 13.52 she ran in the semi-finals. Brown was second in 13.16secs.

But if the hurdles were impressive, the 200m runs by Lyston and Davis were even better. Lyston was fast out of the blocks, she flew around the curve and powered down the straightaway to clock 23.72, a new 12-year-old World Age Group Best, in a negative -0.6m/s wind. Oneika Mcannuff of Hydel was some way back in 24.60secs.

Davis, in the very next 200m for Class 3 girls’, started a bit shaky, ran fairly well on the corner, but sizzled down the homestretch and even had time to cool down with finger across her lips, showed she was in 22.9 shape. She, however, got 23.07 to erase Anneisha McLaughlin’s 16-year-old record from the books.