NEW ORLEANS – Texas A&M freshman Donavan Brazier received a national honor Tuesday as he was selected as the men’s National Athlete of the Week by the United States Track & Field/Cross Country Coaches Association following his record performance in the 800 meters this past weekend.

Brazier, of Grand Rapids, Michigan, broke the American junior indoor record with a stellar time of 1:45.93 to win the race at the Texas A&M Team Invitational this past Saturday. The previous record of 1:47.84 was set in 1982 by Villanova’s John Marshall in New York City.

Among the World junior indoor list, Brazier ranks fourth behind three individuals who have medaled at the Olympics or World Championships. The World junior record of 1:44.35 was set in 2000 by Russia’s Yuri Borzakovskiy, who won Olympic gold in 2004, the World Indoor title in 2001, as well as World Outdoor silver medals in 2003 and 2005.

Among collegians Brazier’s effort is the fastest non-championship collegiate time in history and the fastest collegiate time, overall, since 2001. His time is the current world leader for the 2016 season ahead of a 1:49.12 run on an oversized track by Kenya’s Eliud Rutto of Middle Tennessee.

Wooten won a jump-off in the pole vault with Aggie teammate Audie Wyatt as both set personal best heights during the event. Wooten cleared 17-9 (5.41) to move to No. 6 on the A&M all-time indoor list. He’s currently the top freshman in SEC pole vault as well as the second best freshman in the NCAA and fourth among all collegians this indoor season.

Texas A&M hosts a quadrangular meet this Saturday, with finals starting at noon, against Arizona State, Oklahoma and Texas Tech. 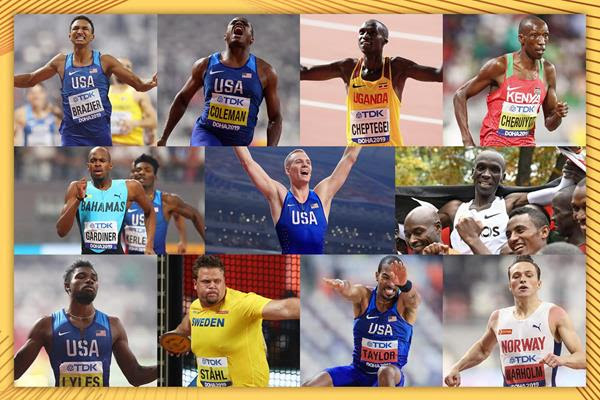