Two of the biggest names in Jamaica’s junior athletics, Michael O’Hara and Jaheel Hyde, will be barred from this month’s Penn Relays.

According to information reaching TrackAlerts.Com, Penn Relays officials met and decided to prevent the two Champs gold medalists from competing at the annual Franklin Field Classic, because they are deemed to have contractual agreements with telecommunication companies in Jamaica.

The Inter-Secondary Schools Sports Association (ISSA), which is the governing body for high school sports in Jamaica, confirmed the ban on the athletes.

“The Pennsylvania Interscholastic Athletic Association (OIAA), the states high school governing body which sanctions the Penn Relays High school events, has ruled that Michael O’Hara of Calabar and Jaheel Hyde of Wolmer’s Boys are ineligible to participate at the Penn Relays as high school athletes,” the ISSA release said.

This, however, means both, if selected could run in the professional segment – USA vs The World.

ISSA said the communication from PIAA on Monday, stated: “Both athletes are deemed to have received benefits related to their athletic skills and performances which are not available to all students at their high schools.”

Defending Penn Relays 400m hurdles champion Hyde signed with LIME while O’Hara disclosed during Champs that he has accepted a deal as Digicel brand ambassador.

O'Hara's disclosure came during Champs where he removed his Calabar jersey after his 200m triumph – his third individual gold at the event  –  to expose the words  “Be Extraordinary” a slogan used by Digicel. The act caused widespread concern and criticism about ambush marketing. 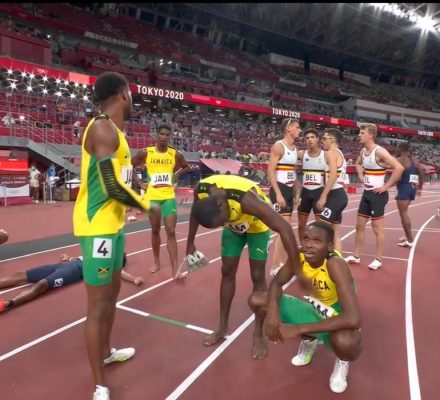