KINGSTON — The fourth a final day of the 2018 Jamaica National Senior and Junior Championships will take place on Sunday inside the National Stadium. Click For Complete Day 4 Schedule

The men’s and women’s 400m, 200m and sprint hurdles are expected to be the highlighted events on the track, while the men’s Shot Putis slated to be the field event competition in the spotlight.

Stephenie Ann McPherson, Anastasia Le-Roy and Christine Day will battle it out for the women’s 400m title at 6:35 pm, with Tiffany James, Junelle Bromfield and Kaliese Spencer anticipated to be on their shoulders.

Demish Gaye will aim to go one better in the men’s event after taking second at last year’s national championships.

Gaye of Sprintec advanced to the final of the event with the fastest time, following a 45.52 seconds performance to take his semi-final heat.

Fitzroy Dunkley will enter the final with the second quickest time, after he took second to Gaye in the first semi-final heat in 45.94.

Former champion Javon Francis of Akan Track Club won his heat in 46.56, but apparently suffered an injury that could force him out of tonight’s final.

Francis looked comfortable in the early part of the homestraight on Saturday night, but had a grimacing look on his face as he approached the finishing line and then fell to the track clutching his leg.

Francis was in tears as he laid on the track and needed a stretcher to assist him in the medical area.

Reports suggested that he re-aggravated a knee injury, which would force him out of the rest of the championships.

Talented junior Christopher Taylor of Calabar High School was the other semi-final heat winner in 46.24, and he too looked well relaxed when running away from veteran and national record holder Rusheen McDonald of MVP.

On the junior side, Dashawn Morris, Malik James-King and Chantz Sawyers are among the contenders for the U20 boys 400m title.

Another interesting encounter on Sunday is expected to come in the men’s 200m final when Jahnoy Thompson and Rasheed Dwyer collide.

Thompson is the fastest qualifier for the final after winning his semis in 20.29 seconds, a new personal best, but Dwyer, the 2015 Pan American Games silver medallist, also looked very comfortable when winning the other semi-finals in 20.59 secs.

Nigel Ellis ran 20.51 for the second fastest time, while MVP’s Tyquendo Tracey stayed on track to win the sprint double by advancing to the 200m final with a time of 20.64.

The women’s 200m, which went to a straight final due to insufficient entries, will see quartermiler Shericka Jackson, who finished third in the 100m in a lifetime best, young starlet Briana Wiliams and Shashalee Forbes of Sprintec, starting as the ones to beat.

Michael Bentley of try to complete the U20 boys sprint double when he takes the track in the final of the 200m.

Bentley, who set a personal best to win the 100m on Friday night, flashed to a new personal best of 21.02 to qualify with the fastest time on Saturday.

Meanwhile, the men’s and women’s sprint hurdle events are also expected to attract some attention.

Ronald Levy of MVP and Hansle Parchment of UWI Pelicans – who finished 1-2 at the Gold Coast Commonwealth Games – will renew their rivalry in the men’s 110m hurdles and are expected to separate themselves from the pack early.

In field event action on Sunday, O’Dayne Richards, the 2015 World Championships bronze medallist, will start favourite for the men’s Shot Put crown, while Discus champion Fedrick Dacres will be among the ones challenging him for the title.

Ashinia Miller, the No. 1 Jamaican in the event this season will also start confidently about his chance of winning. 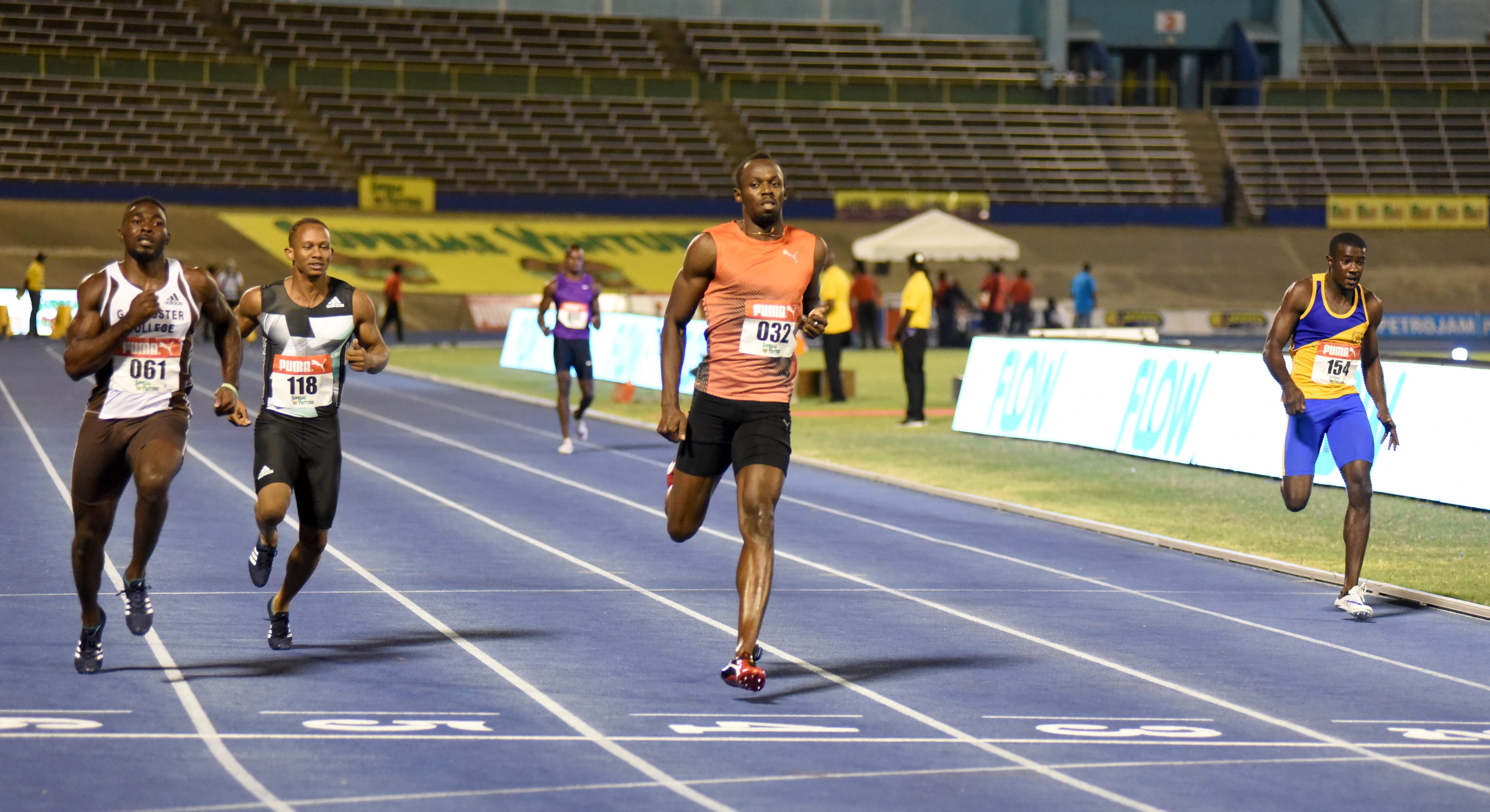 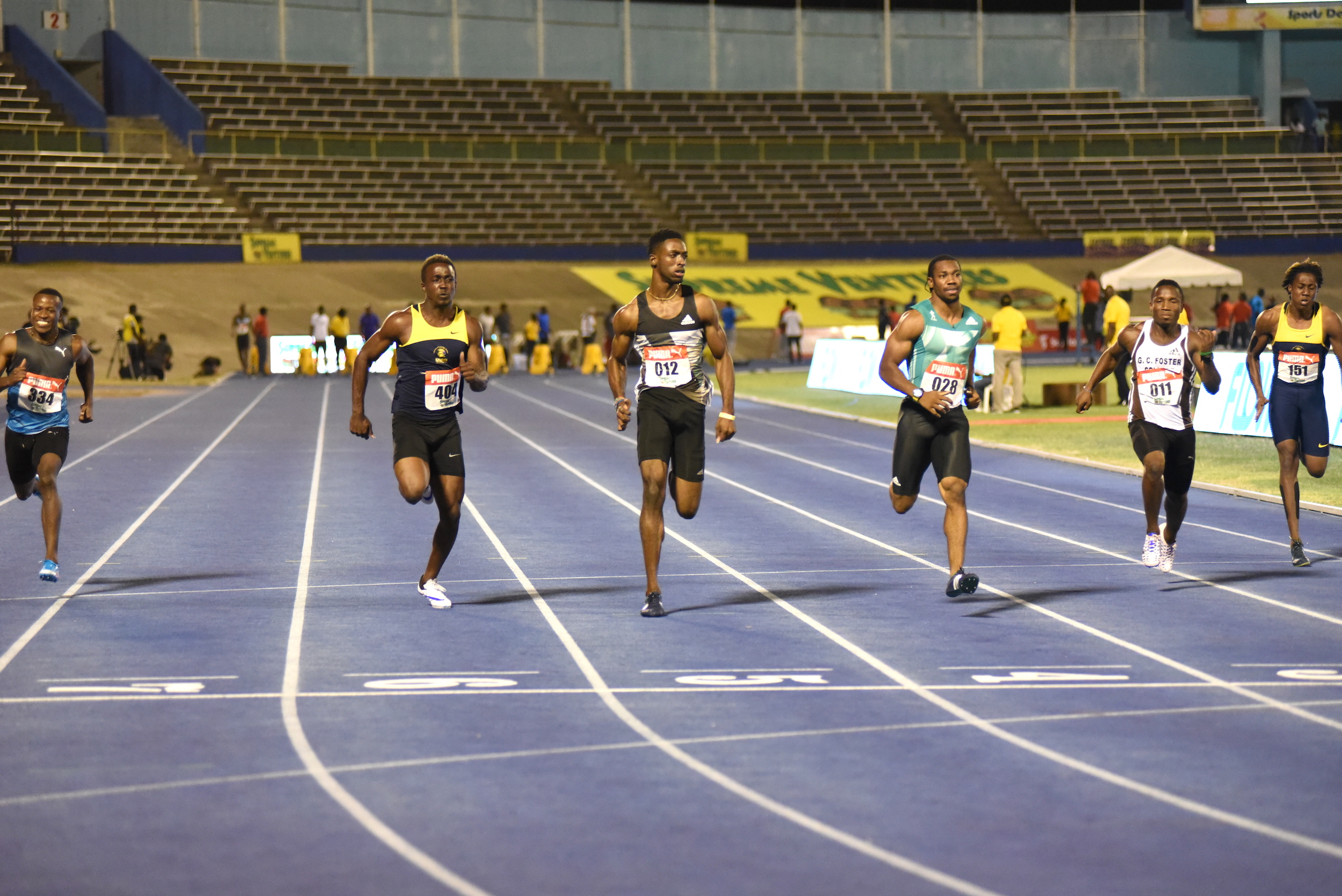