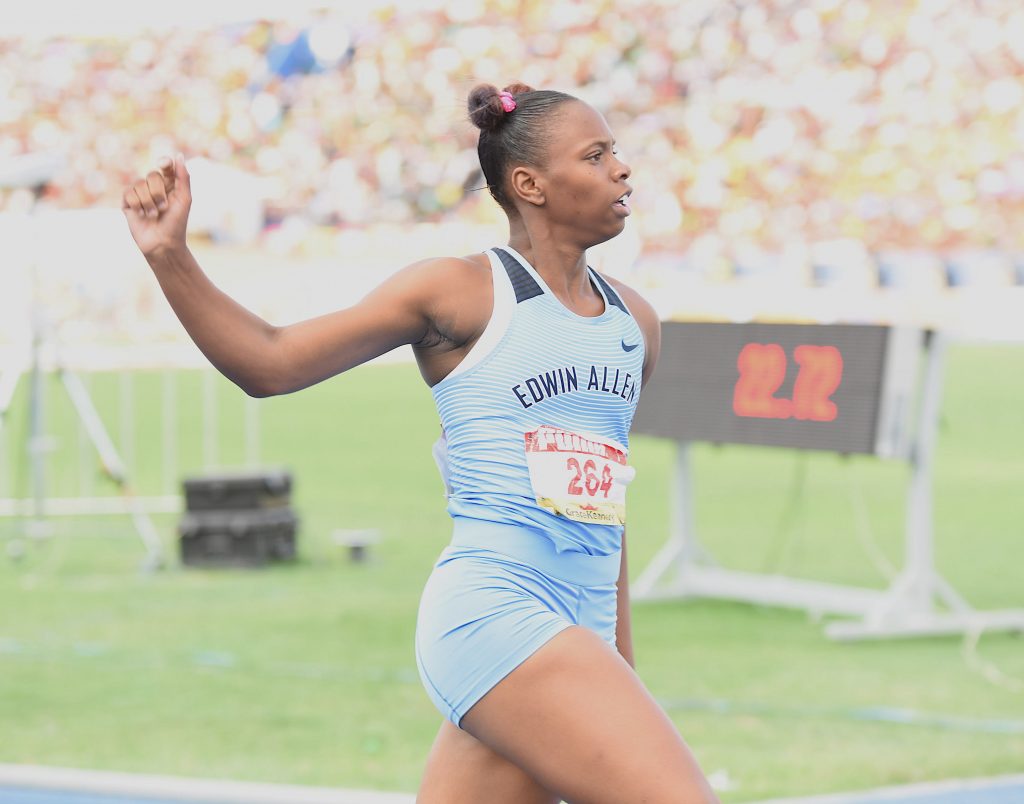 Kevona Davis again was in magnificent form as she lowered her 22.92 Class 2 girls’ 200m record, just missing the Jamaica junior record in the process on Saturday’s final day of Champs.

The powerfully built sprinter ran a very fast curve, straightened comfortably before racing down the homestretch and across the line in 22.72secs. She just missed Simone Facey’s Jamaica junior record of 22.71, which is also the Class 1 record since 2004.

Kavia Francis of Manchester was the closest to Davis with 23.58secs.

Adrian Kerr of Kingston College was also in record breaking form as he won the Class 3 boys’ 200m final in 21.69. He beat the previous best mark of 21.72.

Christopher Taylor ran a personal best 20.35 to top the Class 1 boys’ 200m final ahead of his teammate Anthony Carpenter, 20.92.

Petersfield picked up another 200m victory thanks to Ockera Myrie, 23.31 ahead of Michael Harriott (Holmwood) 23.37.

Alana Reid, like Davis, completed the double in Class 4 with victory in 24.78 ahead of Wolmer’s Mickayla Gardener, 25.14.