Kevin Mayer had already established himself as a combined events superstar, but the French all-rounder elevated his status to an all-time great by smashing the decathlon world record in Talence on Sunday (16).

Had it not been for his three fouls in the decathlon long jump at last month’s European Championships in Berlin, Mayer most likely wouldn’t have competed at the Decastar meeting. But in the aftermath of that setback, the 26-year-old gained redemption in the best possible way: by smashing the world record.

In fact, it was the second world record of the day, coming just seven hours after Eliud Kipchoge clocked a stunning 2:01:39 at the Berlin Marathon.

“I’ve been waiting for this moment for a long time,” said Mayer after adding 81 points to the world record set by USA’s Ashton Eaton at the IAAF World Championships Beijing 2015. “We live for moments like this that are simply incredible. I couldn’t cry. I don’t have any more tears left because I was crying so much before the 1500m.”

Multiple world and Olympic champion Eaton graciously expressed his admiration for Mayer’s achievement. “That was an incredible display of ability!” he tweeted. “I’m super happy for Kevin Mayer and even more for the future of the decathlon. The important thing to me has always been to keep pushing the limit and inspiring others to do the same. The more 9000 can become commonplace, the better.” 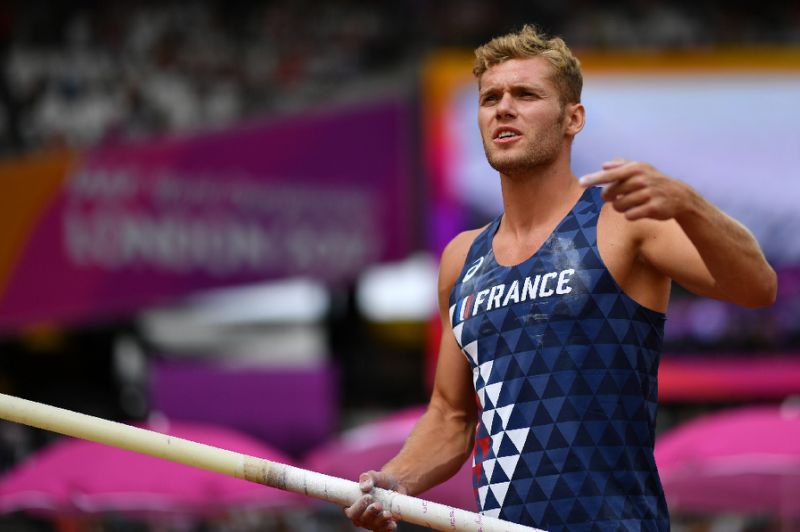