TAMPERE, Finland – All but one Jamaicans progressed to the semi-final or final round of their events. This was on Friday’s (13 July) opening session of the 16th IAAF World U20 Championships.

Briana Williams, in search of the sprint double, easily secured her spot in Friday evening’s 200m semi-finals with 23.32. Williams was smooth down the straight to drop the day’s fourth fastest time.

“It was okay, I just ran the curve and cruised home,” American-born Williams said.

“It was okay even though I had some problems,” said Brown, a former Vere student. Brown said she is running with an injured toe.

Anderson said her opening round “felt good” and that she “didn’t know I was running that fast, but I just wanted to get to the semi-finals.”

Lamara Distin cleared 1.82m to qualify as the 12th best high jumper. She was the only qualifier not to clear the automatic qualifying mark of 1.84m.

“Everything was going okay until I got to 1.84m, but I am glad I am in the final,” the Vere student said.

Kimar Farquharson, who fought gallantly and was in an automatic qualifying spot in the last 50 metres, dropped to fifth in 1:50.76. This was not enough to make progress.

“I could have won the race, but I felt a little pain in my hamstring and didn’t want to pressure it,” said Farquharson 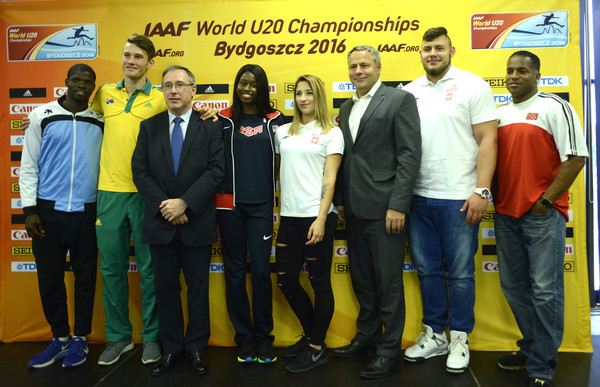