According to president, David Riley, it was an opportunity for the executive to present critical information to its members in order to ensure that they are up to date on important issues impacting their role as coaches in a changing environment. The number of coaches in attendance was affected by a new track and field meet, introduced by the GC Foster College, which was being held on the same day at the institution. Notwithstanding, Riley congratulated the coaches who took time out to attend the symposium.

Dr. Wright’s presentation focused on sudden death in sports. He spoke on passionately about protecting all athletes before, during and after competition. He also said that all coaches should know how to do CPR in case of emergency. He reiterated his stance that all athletes should go through pre-competition testing at the beginning of the school year with their parents or guardian in attendance in order to get the most accurate information re the athlete’s health history.

Annalee Gray’s nutrition presentation dealt with the appropriate foods to consume before, during and after competition or exercise for best results. Her presentation was titled ‘Nutrition for optimal sports performance.’ She also touched on the topic of supplements, while indicating that most athletes, who take nutrition seriously and are properly fed, need not look to supplements, which can prove detrimental to their career in sports.

Ockino Petrie who receives numerous requests for sponsorship annually, took time out to talk to the coaches about what they need to be aware of when preparing sponsorship proposals. It was designed to help the coaches in attendance to be able to attract better help for their schools and programmes or projects during the year. His topic was titled ‘The business of marketing self and sport’.

Dr. Brown’s topic was ‘Improving sports performance using eccentric exercises’ while Dr. Giwa spoke about ‘The Mindset of today’s athletes and how to be a successful coach’.

All the coaches who attended received certificates of participation. There was general agreement that the topics presented at the symposium will be beneficial as they prepare for the new track and field season. 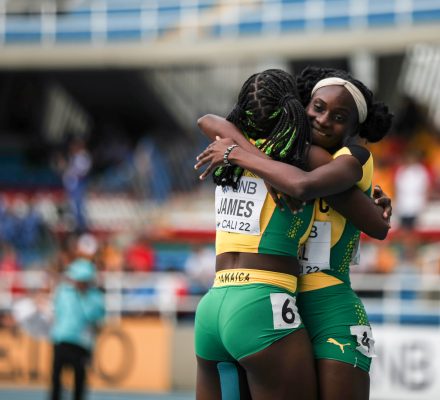