A start in the 400m at Bydgoszcz 2016 beckons for Jessica Thornton (NSW), but the 17-year-old has not ruled out a start at the Olympic Games after her stunning performance at the Australian Junior Athletics Championships today.

Stopping the clock at 53.08 to be declared the national under 20 champion, Thornton, who won the Youth Olympic Games gold medal in 2014, now has her sights set on the IAAF World Under 20 Championships and hopefully a start in the women’s 4x400m relay at Rio 2016 if she can maintain her form.

“Bydgoszcz is my main aim this year, but ever since I was a little girl I’ve wanted to compete at the Olympic Games. I’m pretty sure I’m the third fastest on time in the 400m at the moment and that’s made me realise a relay spot isn’t out of the question. I’m just going to keep pushing and if the opportunity arises that will be an amazing bonus on top of what will be a great year with world juniors anyway,” Thornton said.

Contending with a strong headwind on the back straight, Thornton entered the home straight with a clear lead, striding to the finish line to take victory from Olivia Cason (NSW, second, 54.80, PB) and Sophia Fighera (Vic, third, 55.37). She will next compete in the women’s 200m at the Sydney Track Classic on Saturday 19 March.

“It was death on the back. I hated it, but you have to push through and hope for the best. I probably wanted a time in the 52’s, but conditions were tough so I’ll take the 53-low,” Thornton said.

“I’ve had the benefit of competing against Ella before in Canberra and I know she will push me in Sydney next weekend. Together they’ll take me to something fast I hope.”

Thornton was one of seven athletes to guarantee their automatic selection for the IAAF World Under 20 Championships today, with Lawson Power (Vic), Amy Harding-Delooze (NSW), Matthew Ramsden (WA), Nina Kennedy (WA), Darcy Roper (Qld) and Kirsty-Leigh Williams (Qld) are all set to join her on the plane to Bydgoszcz (POL).

Harding-Delooze controlled the girl’s under 20 1500m from the outset, putting her foot down at the sound of the bell to cross and win in 4:23.69 from Lauren Ryan (Vic, second 4:27.66) and Beth Croft (NSW, third, 4:28.69). Her performance delivers a second consecutive green and gold uniform after the Commonwealth Youth Games in 2015, where she won two gold medals.

“The first lap I wanted to make it a bit tactical because I already had the time and was just looking for the win, but I stuck in and got comfortable and then on the last lap, made a move and felt really strong. I’m really excited to know that I’m going, I’m really happy,” Harding-Delooze said.

“Racing overseas is so different to Australia and having the experience from Samoa last year will make a huge difference. I went to that event thinking I had no real chance to medal but I ended up winning both events, you never know what might happen, so I’ll just be confident and do my best.”

Ramsden has already been automatically selected in the boy’s 5000m for the IAAF World Under 20 Championships, with his victory in the under 20 1500m ensuring a start in a second event. One of seven boys qualified at the sound of the gun, the early pace was slow before Ramsden moved to the front alongside Isaac Hockey (Vic, silver, 3:52.80),  winning in 3:52.08.

Soaring to 4.25m in the girl’s under 20 pole vault, Kennedy delivered a second consecutive national under 20 title to ensure her Australian Spark selection. She will likely be joined at the IAAF World Under 20 Championships by her training partner Emma Philippe (WA), who today cleared a qualifying mark of 4.15m for silver.

Rounding out those that will don the green and gold is Kirsty-Leigh Williams (Qld), who threw a personal best of 53.30m in the girl’s under 20 discus to take home the gold medal. She was joined on the podium by Bianca Hansen (Vic, second, 51.11m) and Samantha Lenton (Qld, third, 47.97m), with Hansen’s result also a career best and IAAF World Under 20 Championships qualifier.

The Australian Junior Athletics Championships is the largest in-stadium event hosted by Athletics Australia. Competition spans six days and continues tomorrow through Sunday 13 March, with the Perth Track Classic to be held on Saturday 12 March. 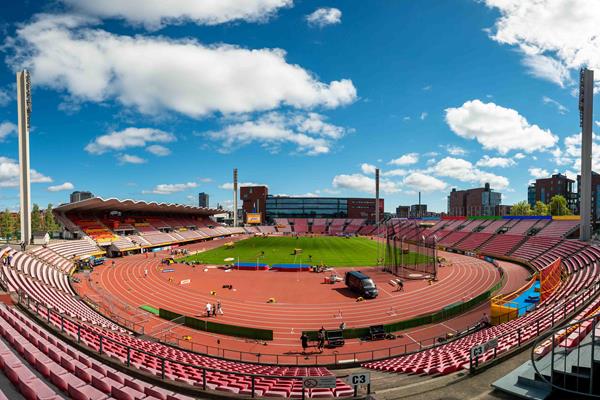