Citing a lack of form that has resulted from a busy year that included the commencement of post-graduate studies in medicine at Monash University, Rowe has concluded that he is not in the shape he determines to be appropriate for competition on the world stage.

“I have reluctantly decided to withdraw from Beijing after much discussion with my coach, JustinRinaldi, and my family. My recent race results have made it clear that I am not in the shape expected of an international athlete and consequently it was evident that this was the best decision” Rowe said.

“In February of this year I commenced my post-graduate studies in medicine and some of the challenges faced since, including living out of home for the first time, training independently and balancing my preparation with study, has been very difficult. My recent race results have been extremely disappointing and when considering the short time frame between now and the start of the championships I am unlikely to turn my season around.

“Withdrawing from Beijing is the best thing that I can do to ensure that I make the Olympic team next year. My sole focus now is to complete my study for the year and commence preparations for 2016. I plan to defer next year so that I can dedicate myself to training and competition.

“I have just turned 23 so I am very optimistic about my best performances being ahead of me, and that next year will see me improve on my personal best of 1:44.40.”

Athletics Australia Head Coach, Craig Hilliard, supports Rowe in his decision and commends him for being honest about where he is at and his overall goals in the coming year.

“Alex is a very talented young athlete, and while it is disappointing that he won’t compete in Beijing, Alex has the full support of Athletics Australia in coming to this courageous decision, as well as in his preparation for the Olympic Games in 2016,” Hilliard said.

“This decision is the right one for Alex and that is what is most important as we build towards Rio. I am confident that he will complete his study shortly, before knuckling down to achieve the performance goals we know he is capable of.” 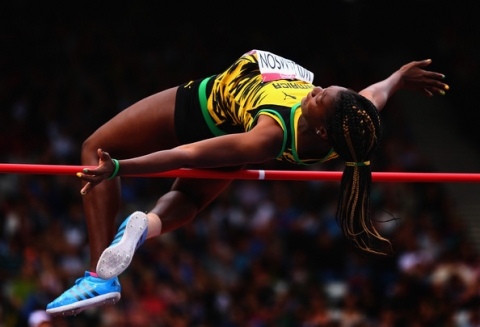