Based upon the historic performances of regional athletes as well as teams today we talk about those athletes and teams we anticipate to participate in the Inaugural IAAF World Relays in The Bahamas May 24th and 25th this year.

The world knows that the Central American and Caribbean region is one rich with great sprinters and few middle or long distance runners.

That does not mean that a particular country from the region might not have an outstanding 800m runner, like Cuba, Jamaica or Venezuela have had, but that there would not be sufficient of them to form a team of four.

We look at the potential athletes in those events that the region is strong in.

Jamaica has been our strongest men’s team in the 4x100m. In the IAAF World Championships they have advanced to the finals ten times setting a world record of 37.04sec in Berlin and winning two other times.

The country has some of the fastest sprinters in the world with Usain Bolt, Yohan Blake, and Warren Weir.

The Bahamas is hopeful of making the final at home although they have never made a final. Last year, 2013, they broke their thirteen year old record of 38.98sec set in Montabaum, France on the way to the Sydney Olympic Games.

The team of Shavez Hart, Jamial Rolle, Adrian Griffith and Trevorano Mackey ran 38.92 in the semis then 38.77sec in the finals at the Central American and Caribbean Sr. Championships in Morelia, Mexico. Warren Fraser replaced Trevorano Mackey in Moscow to run 38.70sec, dropping the record even lower. Hart had a seasonal best of 10.16sec, Fraser a 10.24sec seasonal best, Mackey a best of 10.25sec and Rolle a best of 20.51sec in the 200m.

Fraser set a new Bahamian national Indoor record in the sixty metresin January 2014 and his added confidence can assist the team.

These teams did not have the national 100m record holder at 9.91sec and 2007 World Championships Silver medalist Derrick Atkins on them.

Other possible participants in the 4x200m relay are Michael Mathieu who has run 20.35sec last year and Trevorano Mackey who ran 20.60sec last year.

Four other teams from the region have advanced to the World Championships finals; Cuba three times; Trinidad & Tobago five times; and St. Kitts & Nevis once.

The Jamaican men who can possibly make either the 4x100m or 4x200m are: Athletes with their best 2013 performances,

The Trinidadians who we should be looking at for the 4x100m and 4x200m relays are:

From St. Kitts & Nevis are:

This is an event that has been dominated by Jamaica historically from the 1952 Helsinki Olympic Games when the team of Arthur Wint, Herb McKenley, George Rhoden and Les Laing upset the mighty USA.

In the World Championships Jamaica has advanced to the final twelve times.

The Bahamas has advanced to the final five times, Cuba four times, and Trinidad & Tobago and the Dominican Republic twice each.

In 2013 Jamaica finished in second place in Moscow.

The Dominican Republic might be in the mix with last year’s 400m Bronze medalist Luguelin Santos who had a best in 2013 of 44.52sec.

This Indoor season Chris Brown started the season running a world’s best of 45.93sec. in January. The Bahamas seems to be ready this year as they set a new national Indoor record in Glasgow of 3:07.30 in January. They used the same team that won in London.

Just like the men Jamaica dominates in the sprints.

Their women have participated in twelve 4x100m finals and set the championships record of in Moscow last year.

The Bahamas has participated in four World Championship finals.

Cuba has participated in three championship finals and Colombia in three also.

Trinidad has participated in one final.

The athletes who might participate at the World Relays are:

Host Bahamas looked great in the semi-final of the Moscow 4x100m but were disqualified. Top sprinter Anthonique Strachan was injured and unable to participate.

As they did in the 4x100m relay Jamaica has been able to run with the best in the world in the 4x400m relay.

They have participated in eleven finals. Last year they were disqualified in the semi-final.

Cuba has participated in four finals and Mexico once.

The top athletes of the region who we may see in May, all Jamaicans include:

She was fourth in the Moscow 400m.

Jamaica seems now to be the only team from the region that will advance to the final.

Will they be able to challenge both Russia and the USA?

We will all know in May. We just cannot wait for the competition!

It is early in the season and there may be top athletes who sustain injuries as well as some younger athletes, or those not at the top who develop by leaps and bounds this season.

Whatever happens we anticipate that regional athletes from Central America and the Caribbean will be on the podium of the IAAF Inaugural World Relays for the 4x199m, 4x200m, and 4x400m in The Bahamas this May.

Wherever you live in the world, and whichever athletes and teams you support, you will not wish to miss the exciting competition! 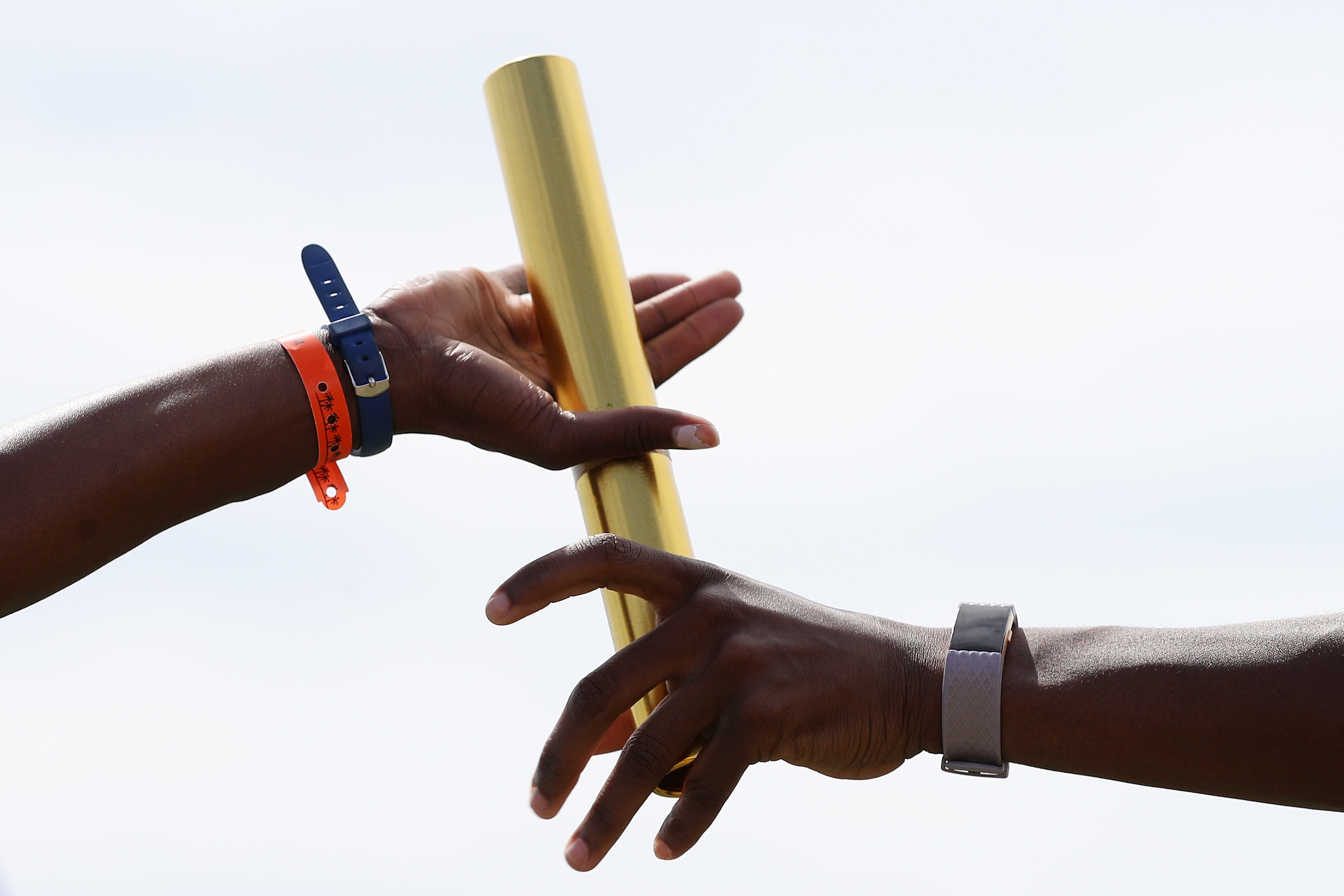 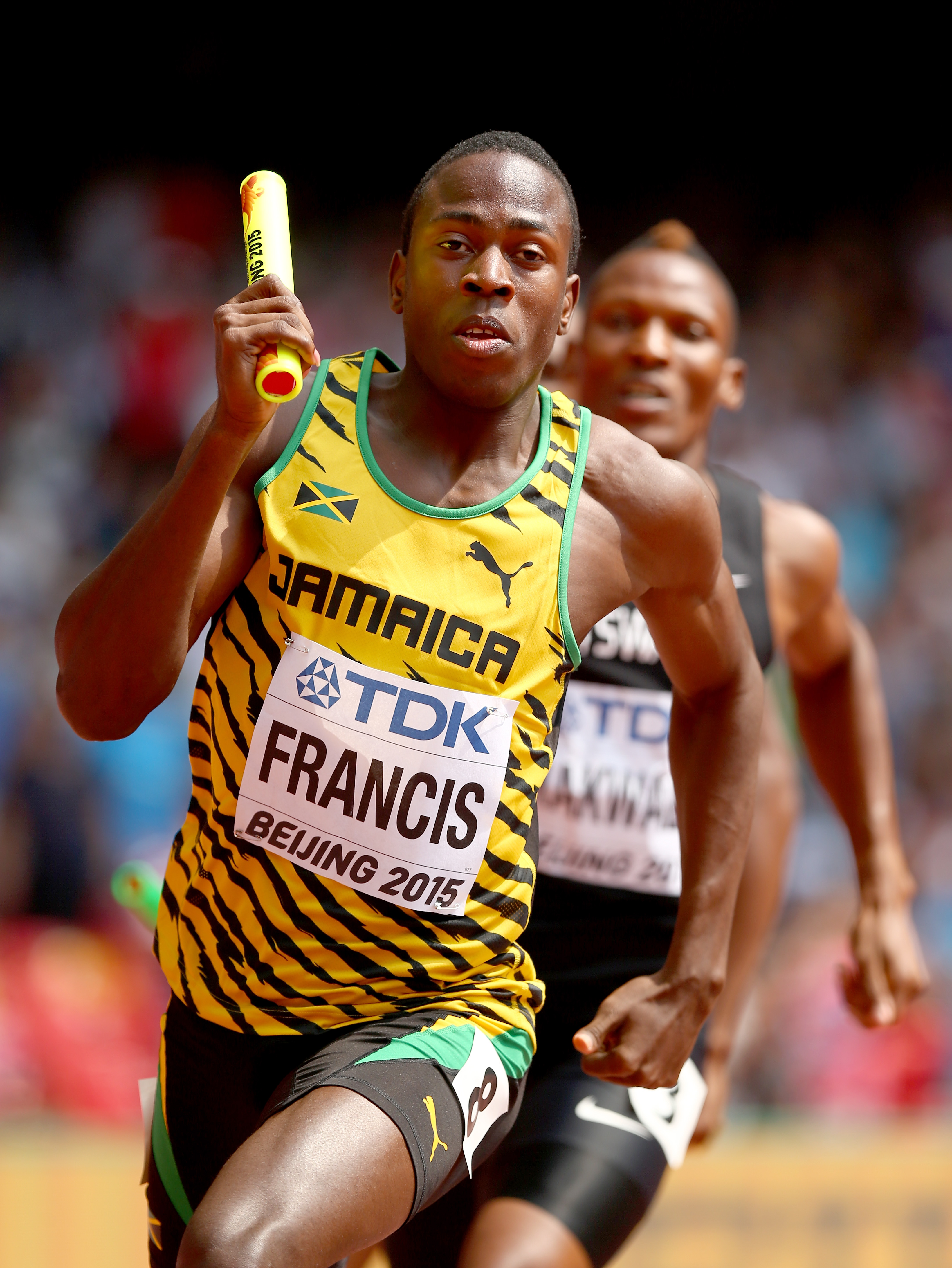