While the world prepares for the fastest man ever, Usain Bolt of Jamaica, to retire next year, his main rival, Justin Gatlin (USA) has no such plans anytime soon.

In a recent interview with the Express in Tobago (where he was on vacation), Gatlin indicated that he will push forward in athletics for the next three to four years.
“You come to a point in your career when you are not doing it for yourself, you are doing it for others, you’re doing it for the fans, friends, family and my son. Hopefully I make it to Tokyo 2020”, said the Olympic silver medallist over 100m.

Coaching may also be a part of the American’s future. “I always give tips to people online and young athletes who ask me questions. If the opportunity arises I would definitely take the opportunity serious.”

As a veteran of the sport, Gatlin gave tips on how to maintain and improve Trinidad and Tobago’s presence in track and field. The American Champion thinks that the more seasoned athletes should play a stronger role in training and motivating the upcoming stars.

“You’re in the right direction now. You have young Khalifa (St Fort) who is doing well. She is the next star coming up, and you have a lot of athletes who are coming together. Semoy Hackett, she is doing her thing. She was out for a while, but now she is back and running well. Young athletes are stepping up to the plate.”

Interestingly, Gatlin says beating Bolt, is not his biggest goal. He also named 1976 Olympic Champion, Hazley Crawford, as the greatest athlete of all time from the twin island Republic. 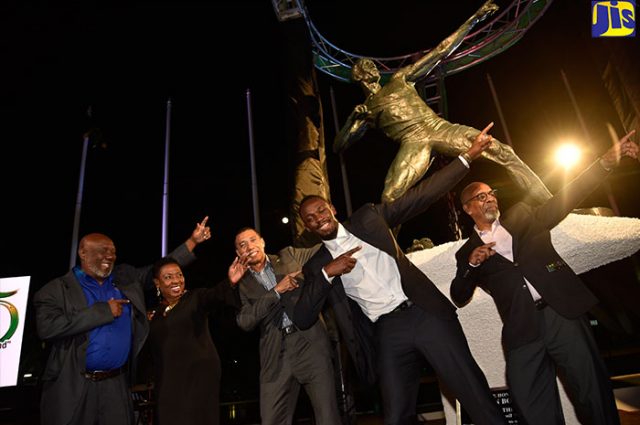