Shanice Love of Excelsior High's record was the highlight of Wednesday’s second day at Champs #taChamps on at the National Stadium.

The Michael Vassell-coached Age Animo girl threw the discus 52.73 metres to break the Class 1 girls’ record of 51.16, which stood since former Edwin Allen athlete, Tara Sue Barnett, did 51.16 in 2013.

Love, who could not control her emotions when asked how she felt during the 2-minute 17-second interview, shouted, “Yes, yes, I’m very, very excited”!

Devia Brown of Hydel was second with 42.76 while Tracey-Ann Simms of St. Jago pocketed bronze with 41.52m.

The national representative had ups and downs during the afternoon’s event final. She opened with two foul throws before securing her place in the final eight on her last attempt.

As to what led to the mishaps, she said “nervousness was the first one, forgot about it, second one, throw was a bit too early, more of a anxious throw and I decided I’m going for the stand throw.”

She reminded herself she came to get the record and that gave her the drive going into the last three throws.

“I went into the final in second, and I said to myself ‘I’m not staying in second place, I’m going for the first place and the record,” added Love, who at this stage was still moving with excitement.

She said she came into Champs very confident.

“It’s my last Champs and I wanted to make my mark and I did,” added the Excelsior sixth former, with a huge smile on her face.

“I did, I won,” she kept screaming during the interview. 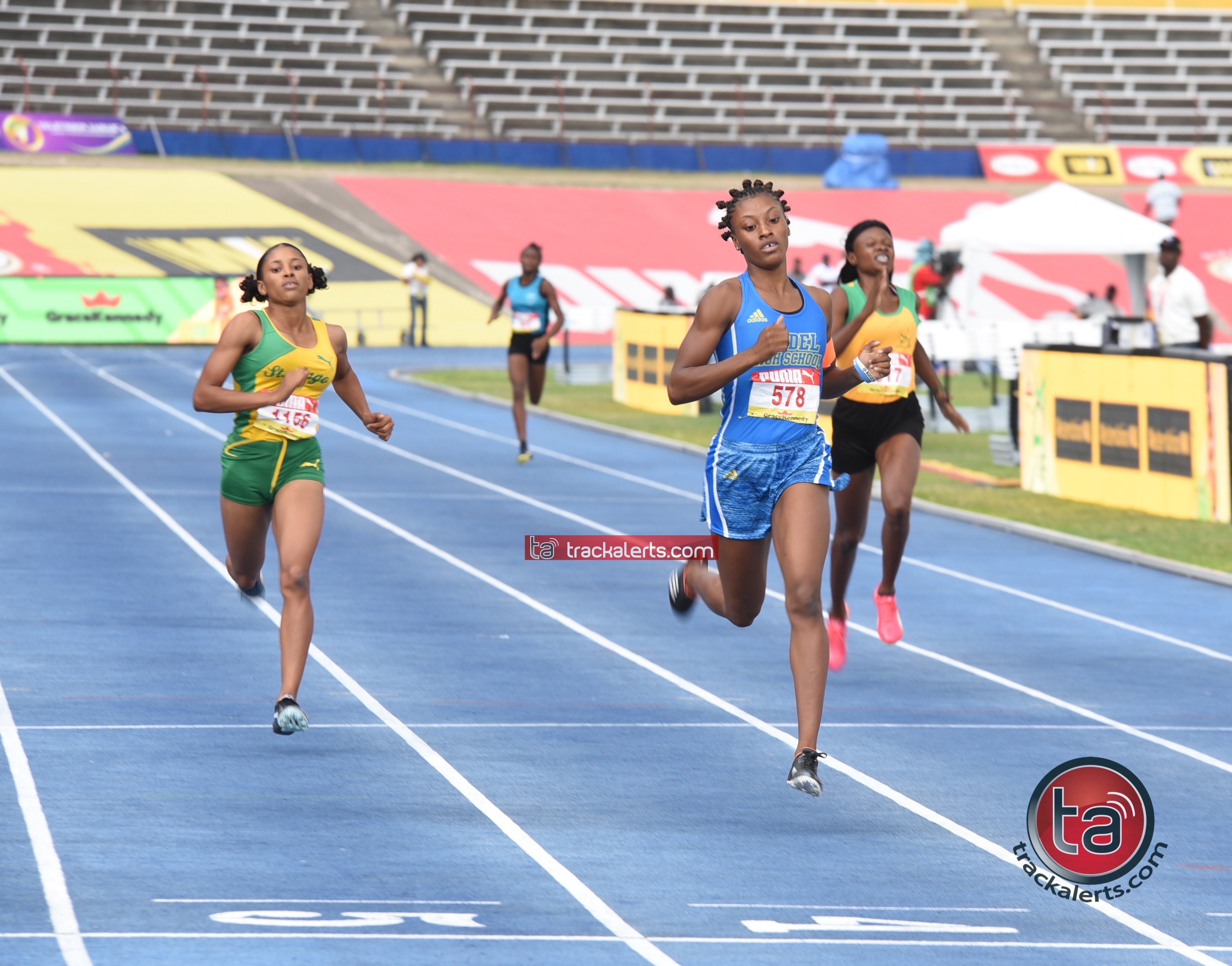