NASSAU, Bahamas (IAAF Story) – This event provided one of the highlights of the 2014 IAAF World Relays but this year it turned into a comedy of errors for both Jamaica and the USA, although at least the island team managed to retain their title in a 1:20.97 despite a sloppy second exchange.

However, Jamaica’s win was a far cry from their triumph from their win 12 months ago when they won in a world record 1:18.63 and was even significantly slower than their heat win in 1:20.19.

Nickel Ashmeade and Rasheed Dwyer set up Jamaica for a fast time and maybe a tilt at the world record with two good opening legs and they built up a slight lead over their US rivals.

All chances of a world record as good as disappeared though when Dwyer’s handover to third-leg runner Jason Livermore was far from slick.

Livermore though couldn’t have known what was going on behind him as the baton hit the floor when Isiah Young and Curtis Mitchell – who was also involved in the USA’s disqualification in the 2014 4x200m final – fluffed the handover.

Michell retrieved the baton from another lane before carrying on running but, having stepped out of the exchange zone, the red flag was raised and disqualification certain.

Livermore was now clear in the lead and ensured was no more drama when he provided a solid but safe exchange to Warren Weir who comfortably ahead of surprise silver medallists France, who were second in 1:21.49. 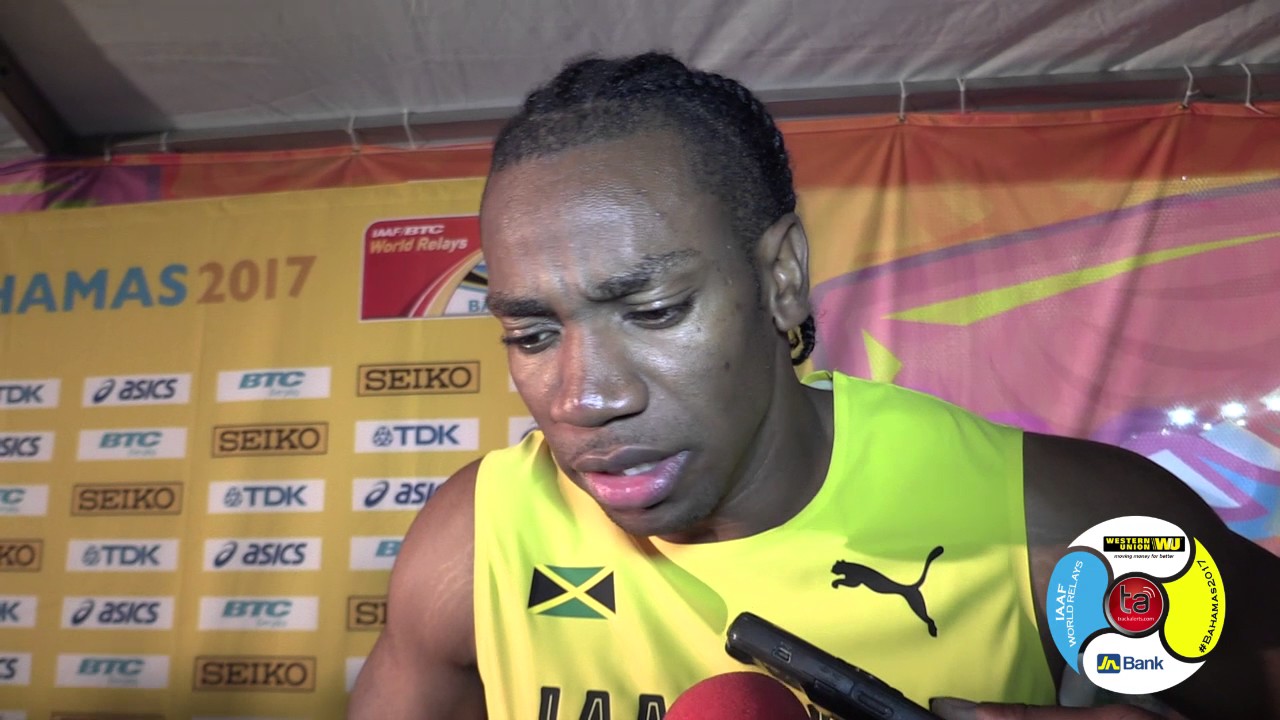