Am I seeing right or have the JAAA selectors outdone themselves? What is it with the men’s 4x400m? In 2007, the team was sacrificed because persons believed that an injured Sanjay Ayre should run.

Ayre received the baton in medal position but struggled to finish outside of the podium. Fast forward to 2012, an obviously injured Jermaine Gonzales was put in the heats of the men’s 4x400m relay team, and of course, he could not finish the race. Funny that everyone in Jamaica knew he was badly injured but his coach. Now instead of entering an injured athlete the Jamaican selectors are leaving one of their three sub 45 quarter miler at home. This makes no sense to anyone who follows athletics.

The athlete, Ricardo Chambers has been consistently running better than at the very least, three quarter milers who were selected ahead of him. I do not know, neither can I say if he was not selected because of the tweet he sent out about the coach at Pan Am Games and starting on the 4x400m relay team when he did not run the flat 400m. If so be the case, this is as petty as it gets. I would hope the diluting of the Jamaica National Team is not because of petty vindictiveness.  The petty vindictive argument is all speculation on my side. Nevertheless, how can the JAAA selectors leave one of their top quarter milers off the team? Is he injured? If he is, then that would be an acceptable reason. Other than injury what else could be a valid reason? If it were punishment for an infraction then where are the rules, guidelines and protocol to cover infractions?

The competition for medal in the male 4x400m event will be intense. The USA usually comes with a great team and with Lashawn Merritt anchoring for them and running a sub 44 leg, they will be very difficult to beat. Trinidad & Tobago will be making a lot of noise and no one should be surprised if they win it all. They have more than enough 400m runners who can go sub 45.  Bahamas the current Olympic champion has many quarter milers who can give them credible legs and with young Steven Gardner in such a tremendous shape to go with experienced runners such as Ramon Miller, Chris Brown, Michael Mathieu and others, it will be a battle for Gold.

At the World Relays Jamaica had to depend on Javon Francis to run a superb anchor leg to get them to the finals. With Francis and McDonald set to potentially make the 400m final, the 4x400m team will need their two alternates to run the preliminary round. This can make qualifying for the finals challenging. With clearly one of their top four quarter-miler not on the team I have wondered if they had taken a look at the dynamics of this year 4x400m competition and realize that if it were not for Francis, they could very well not have made the 4x400m finals at the World Relays. Are they seriously looking to have both Rusheen McDonald and Francis run the 4x400m preliminary race?

I expect at least Francis to be in the medal contention which means he will be running a hard semi-final and a hard final.  If so be the case, wouldn’t the selectors realize that they need their best two to have rested legs for the 4x400m finals? Is it not asinine to leave one of their best quarter-miler off the team when the field is loaded with strong competitors?

This year 400m field have many athletes running mid 44 seconds and lower, the competition will be intense to put it mildly. I doubt there will be an easy race in both the male 400m and 4x400m. If the aim is to win medals, who decided to leave Ricardo Chambers off the team? Why this crap keeps rearing its ugly head around Jamaica Track & Field for so long? Who sits and oversees these decisions and makes corrections? When a decision is blatantly done to the detriment of the national interest who steps in and take charge? There has never been accountability inside Jamaican Athletics when people makes blatantly dumb decision such as this.

I can only hope that I am getting carried away for no reason because Chambers is injured. If he is not then I cannot see the oversight of not including Chambers when he gives Jamaica a good chance of winning a medal in one of the most hotly contested event at the World Championship. If Chambers is healthy with no medical issues then I would hope someone with decision making power see the oversight and make the necessary correction. Still I am not willing to hold my breath. 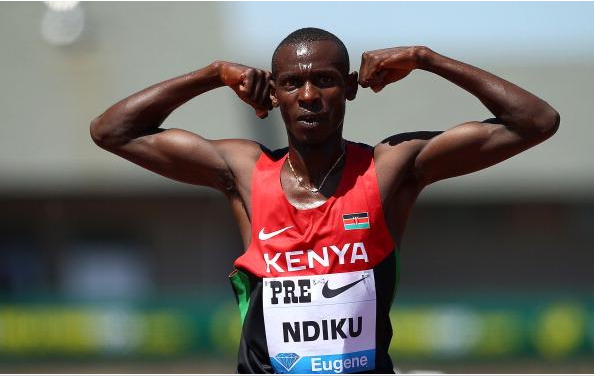