In 2014, Jaheel Hyde became the first athlete to simultaneously hold three world titles – World Youth Champion in 2013 over the 110mh, World Junior 400mh Champion in 2014 and topped it off with a youth best record of 12.96s to take the 110mh Youth Olympic gold.

Without doubt one of the best junior performers in recent history, and, while his meteoric rise since 2013 has been well documented, Hyde’s story continues to be written.

After a stellar final chapter at the 2015 Boys’ & Girls Championship, which saw him close out a historic ‘Champs’ career, Hyde was forced to end his season at the National Senior Trials due to injury.

The year is now 2016, pages have turned and a new chapter has begun and with a few paragraphs already written in what has been a season marred by lacklustre performances – Hyde remains confident.

“I’ve had a couple bad races since the 49.16 in May,” said Hyde, “but I’m working through this phase because I know the work I have put in, will show in due time.”

While adjusting to life as a professional athlete has not been easy, Hyde shares how 2013 World Championship 400mh gold medallist, Jehue Gordon, has offered words of encouragement.

“Jehue and I have a couple things in common,” he said as he laughed. “He turned pro when leaving high school and told me about how he handled his transition. I would be lying if I said it has been easy because with the added expectations and new training regimes, things have been difficult – things he told me would happen.”

Gordon – who at 17-years-old left the world astounded when he finished just off the podium in Berlin at the 2009 World Championships, believes Hyde has the potential to be phenomenal.

“I’ve seen Jaheel run,” said Gordon, “and you can tell he has extraordinary potential, he just needs to stay focused on his own lane – that is what will make the difference. The talent is there but he needs to be patient, work on his weaknesses and allow the performances to come without trying too hard.”

A potentially special season is underway for the talented teenager and Hyde has his cross hairs set on repeating as World Junior Champion in July, while having his dreams of representing Jamaica in Brazil at the Olympics, not too far off target.

“It was a remarkable achievement winning the title in Eugene,” reflected Hyde, “and it would be an even greater pleasure to repeat as champion this year.” When asked about the time he expects to run, he said this championship will not be about the time but mainly to keep the title here (Jamaica) at least two more years.

“The Olympics would be a big deal for me,” said Hyde as his normally piercing eyes lit up for just that moment. “It has been a goal since the beginning of the season to go to Rio, so achieving that would be huge.”

Just as in his pet event where he has to overcome obstacles – Hyde will have to navigate the barriers set in his path with adept precision in order to achieve greatness.

D’wayne Extol couples track and field competition (specializing in the 400mh) with a new role as a journalist in both electronic and print media. He captained his Wolmer’s team which won the 100th staging of Champs in 2010. 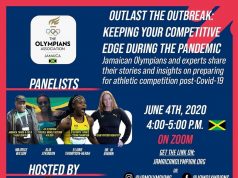 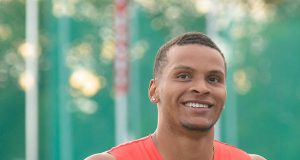