On June 11 when Miguel Francis became the first Antiguan to run sub-20 over the 200m, Kwame Galloway was one of the happiest men.

Galloway, himself a former track star for Antigua, identified Francis’ talent and nurtured him before personally taking him to a development meet in Jamaica with one aim, to hand him over to Glen Mills.

And now, serving as the athlete’s manager, Galloway is more than happy he witnessed history.

He said a member of Racers’ coaching staff asked him, if he had planned to attend the Racers Grand Prix on June 11 2016.

He was tipped that it was “going to be a special one and that I should be a part of history.”

“I accepted the invitation and understood the importance of his (Francis) support cast as such a momentous occasion.

“Did I regret, Oh No! It was such an euphoric moment seeing Miguel cross the finish line, seeing the fireworks blow off and then the clock. The clock stopped at 19.90sec and then readjusted to 19.88 sec. It was such an excitement shouting waving as Miguel saluted back to his management team in the VIP stand.”

Francis broke 20 seconds for the first time and take with him Antigua and Barbuda’s national record from 20.05 to 19.88.

In 2015, Francis ran 19.78 in Antigua, but later found out that the track at Yasco Sports Complex was not certified for his mark to be recognized officially.

“The love we received from all the Jamaican supporters was awesome,” Galloway continued.

“Big thanks to Coach Glen Mils, Miguel’s agent Kevin Stewart and The Racers Track Club for making his trip super special,” he concluded. 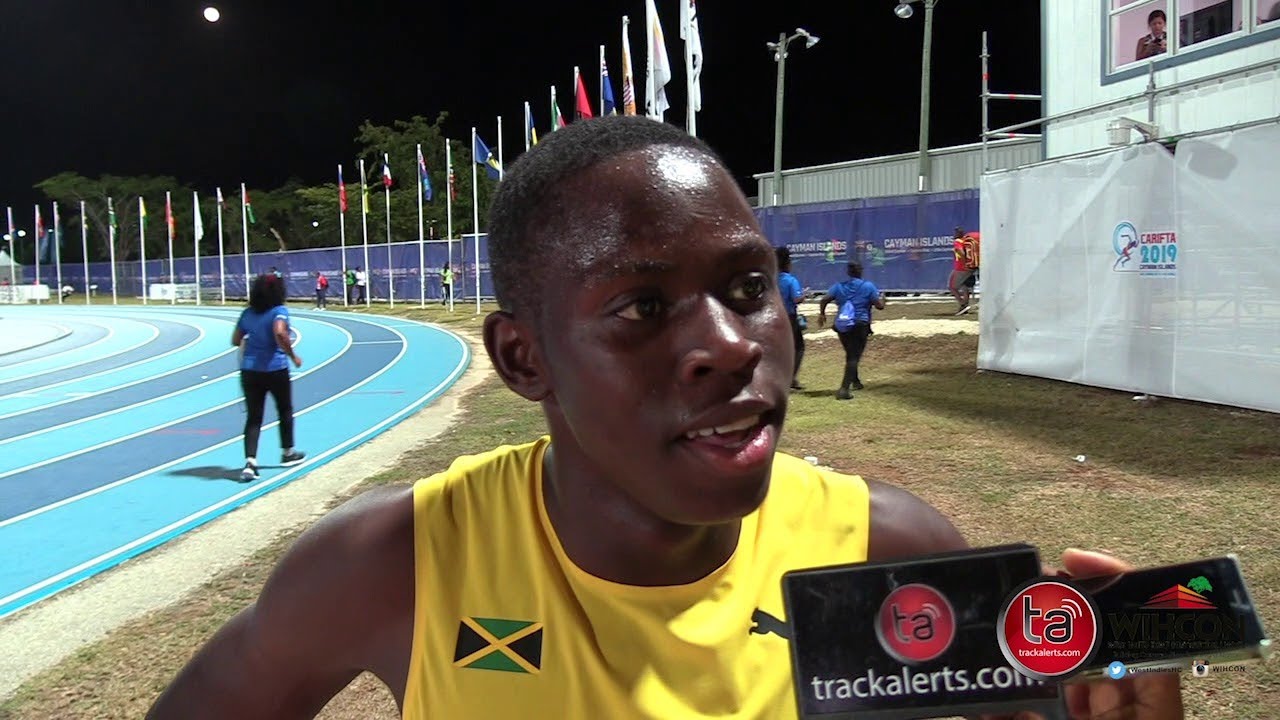