EUGENE (24-Jul) — On the tenth and final day of the 18th World Athletics Championships here at Hayward Field, Jakob Ingebrigtsen of Norway and Athing Mu of the United States won the final two distance medals on offer.

Ingebrigtsen masterfully controlled a loaded field in the men’s 5000m and became the first Norwegian man to win a world 5000m title.  Mu fought off a fierce homestretch challenge from Great Britain’s Keely Hodgkinson to become the first American woman to win a world 800m title.  In addition, she became just the third woman after Maria Mutola of Mozambique (2000/2001) and Caster Semenya of South Africa (2016/2017) to win an Olympic 800m title and come back the following year to win a World Athletics 800m crown.

Ingebrigtsen, who won the silver medal in the 1500m here five days ago, was not satisfied to merely win tonight’s race but rather to dominate it.  He let Uganda’s Joshua Cheptegei, last year’s Olympic 5000m champion, set the early pace which was fast: 2:36.59.  Cheptegei, who won the 10,000m title here a week ago, said running from the front felt comfortable and he wanted it to be an honest race.

“I’m always running fast in a 5-K,” Cheptegei told Race Results Weekly.  “So, I wanted to make it exciting.  It was comfortable; it was good.”

Kenya’s Nicholas Kipkorir picked up the pacing duties after Cheptegei decided to drift back, but he was not going fast enough to burn off any of the favorites.  Through 3800 meters, the pack was still 13 strong.  That’s the point where Ingebrigtsen took over and remade the race.  Forty-one hundred meters into the race he took the lead, dropped the pace to 60-second laps, and put the gold medal out of reach.  Just to be sure, he dropped a 53.93-second final lap and got the win in 13:09.24.  Just before crossing the finish line he looked toward the crowd and raised his index finger to emphasize that he is number one.

“I just wanted to win; I just wanted to win by as much as possible,” Ingebrigtsen told reporters while wearing a surgical mask.  “I didn’t want a sprint finish because then some people would have said that it was a coincidence, it was a tactical race.  But today was not a tactical race.  I just won it because I was the better runner.”  He continued: “I didn’t want anyone to doubt who was the best runner tonight.”

Remarkably, Ingebrigtsen ran longer than 5000 meters.  It was a very warm evening (31C/88F).  He swung wide on the backstretch on two occasions to get water from the refreshment station.  The first time a race official tried to hand it to him, and Ingebrigtsen missed the bottle.  He got it the second time, however.

“They tried to give it to me,” Ingebrigtsen told reporters.  “I wanted them to maybe go out (closer to him) so I didn’t have to run that wide, but then with people giving you something it’s more difficult than just grabbing something that stands on a table.”

Kenya’s Jacob Krop moved into second place with 500 meters to go, and was able to hold that position to the end to get the silver medal in 13:09.98.  Uganda’s Oscar Chelimo ran a remarkable last lap to collect the bronze medal.  He was only in ninth place at the bell, but turned a 54.16-second last lap and moved from fifth with 100 meters to go to third at the line. He was timed in 13:10.20, just ahead of the fast-closing Luis Grijalva of Guatemala who nearly caught the Ugandan but had to settle for fourth in 13:10.44.  Grijalva was only in eighth place at the bell.

“I should have went earlier,” an overjoyed Grijalva said with a hearty laugh.  “I had the slowest PB going into the field.  It just tells you time doesn’t matter, just competing.”

Although Mu and Hodgkinson repeated their one-two finish from the Tokyo Olympics last August, tonight’s race was completely different.  In Tokyo, Mu scooted away at the gun, split halfway in 57.82 alone, then came back even faster in the second half –a rarity in 800m running– to win in a then USA record 1:55.21.  Hodgkinson was 67/100ths of a second back, a relatively big gap at this high level.

Out of the final bend and into the homestretch Hodgkinson was running in lane one just off of the American’s left shoulder who had drifted out.  Mu could be seen digging for every ounce of energy she had, but she could not shake Hodgkinson.  At the line Mu only had 8/100ths of a second over Hodgkinson, 1:56.30 to 1:56.38.

“Golly, I was just happy it was over,” Mu told reporters when asked how she was feeling at the end of the race.  She continued: “Today was kind of a rough day for me.  I’m just glad I could make it to the line, finish the race.  Thank God I won gold.”

Even in the moment, Hodgkinson could appreciate what she had accomplished.  She had shown Mu that she will have a formidable rival for years to come; both athletes are only 20 years old.

“I’m satisfied but not overjoyed,” Hodgkinson said.  “I’m a little disappointed that I missed out on gold by 0.08 which is tiny margins that I’ve worked so hard to close but I’ll take the positives.”  She added; “I’ve closed the gap, I’m getting closer. I’ve got a lot of respect for these athletes, particularly Athing. She’s competing in front of a home crowd as Olympic champion, so there was a lot of pressure for a 20-year-old. But I’ll take the silver and assess it.”

The bronze medal went to Kenya’s Mary Moraa in 1:56.71, a personal best.  Before last season, Moraa had been a 400m runner (she actually ran a national record 50.84 last month).

“I am so happy to perform like this today and of course, to win a medal,” Moraa said.  “This is a very special achievement for me and my village. The race was tough but I tried to push myself to finish like this.”

At the end of tonight’s competition, the United States had won 33 total medals (13 gold).  It was the country’s highest medal total at a World Athletics Championships beating the 30 the team earned in London in 2017, and the highest total of any nation in the history of these championships.  However, it was not their highest gold medal total.  In 2005, 2007, and 2019 the USA earned 14 golds.  Ethiopia was second in the medal table with 10 total medals (4 gold).

The 2023 World Athletics Championships will be held in Budapest from August 19 – 27. 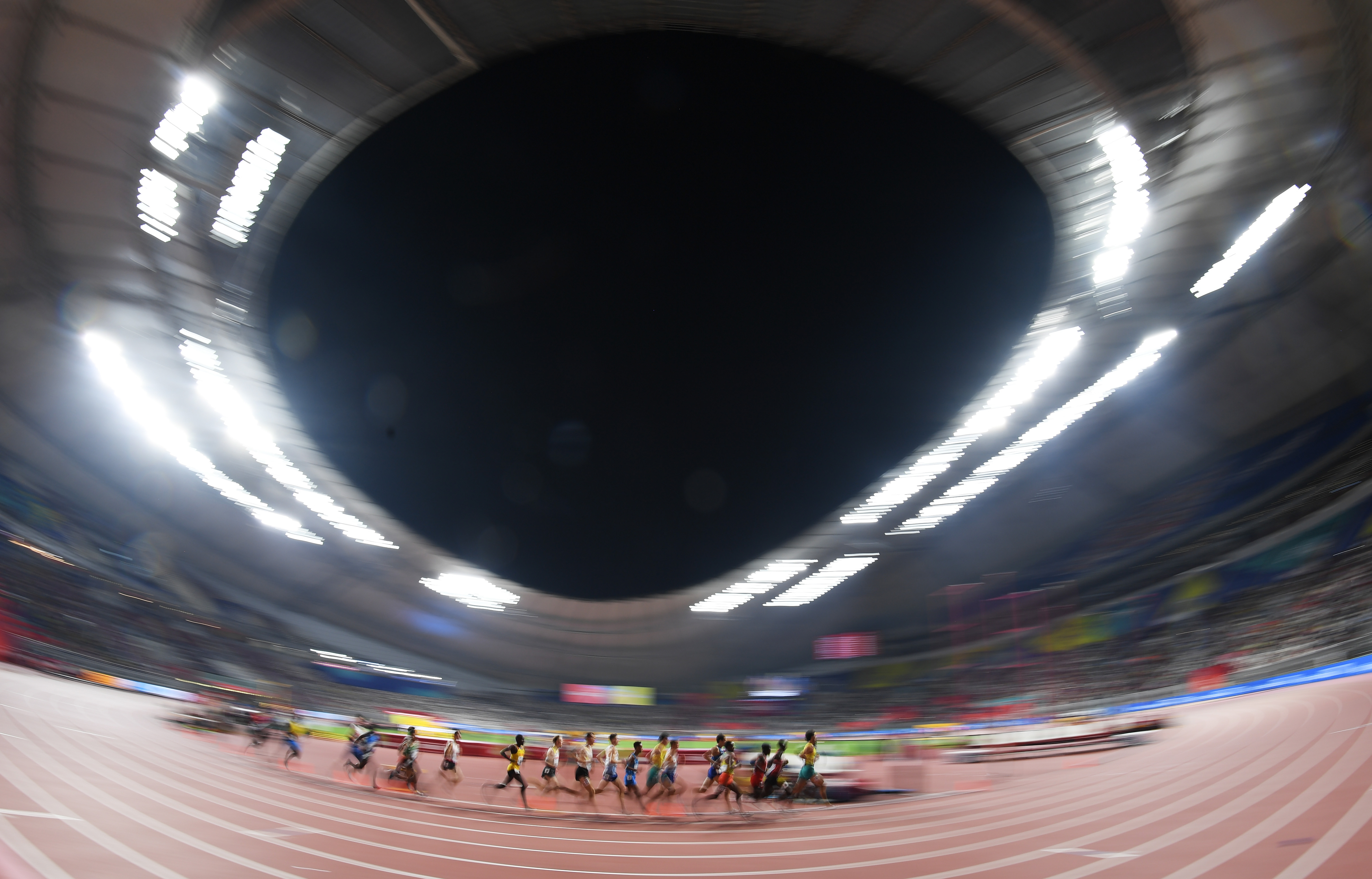