Daniel, who cleared the new mark on her third attempt to take third place, improved on the previous record of 1.78m, which she did to win the Father Diamond Invitational in Fairfax, Virginia on January 11.

The Terrapin Invitational was a success for the Dover Athletic Club athlete, who also had new personal best marks in long jump (5.56m) and the triple jump (10.63m).

Meanwhile, fellow T&T/Coppin State athlete Haysean Cowie-Clarke recorded his first victory for his school by taking the men's 60m at the UMES Collegiate Invitational in Baltimore, Maryland on January 4.  Cowie-Clarke was first to the line in 6.97secs. In the 200m, the former Scarborough Secondary/Bishops High student, was sixth (22.30).
In his first meet for the season in December, Cowie-Clarke was third in the men's 60m at the Navy Invitational in Annapolis, Maryland in 6.93. He ran a personal best of 22.59 in the 200m to finish seventh overall.

Lendore, the anchor leg on T&T's 2012 Olympic men's 4x400m bronze medal winning team, helped Texas A&M to victory in the Reveille Invitational in December in a time of 3:07.14. 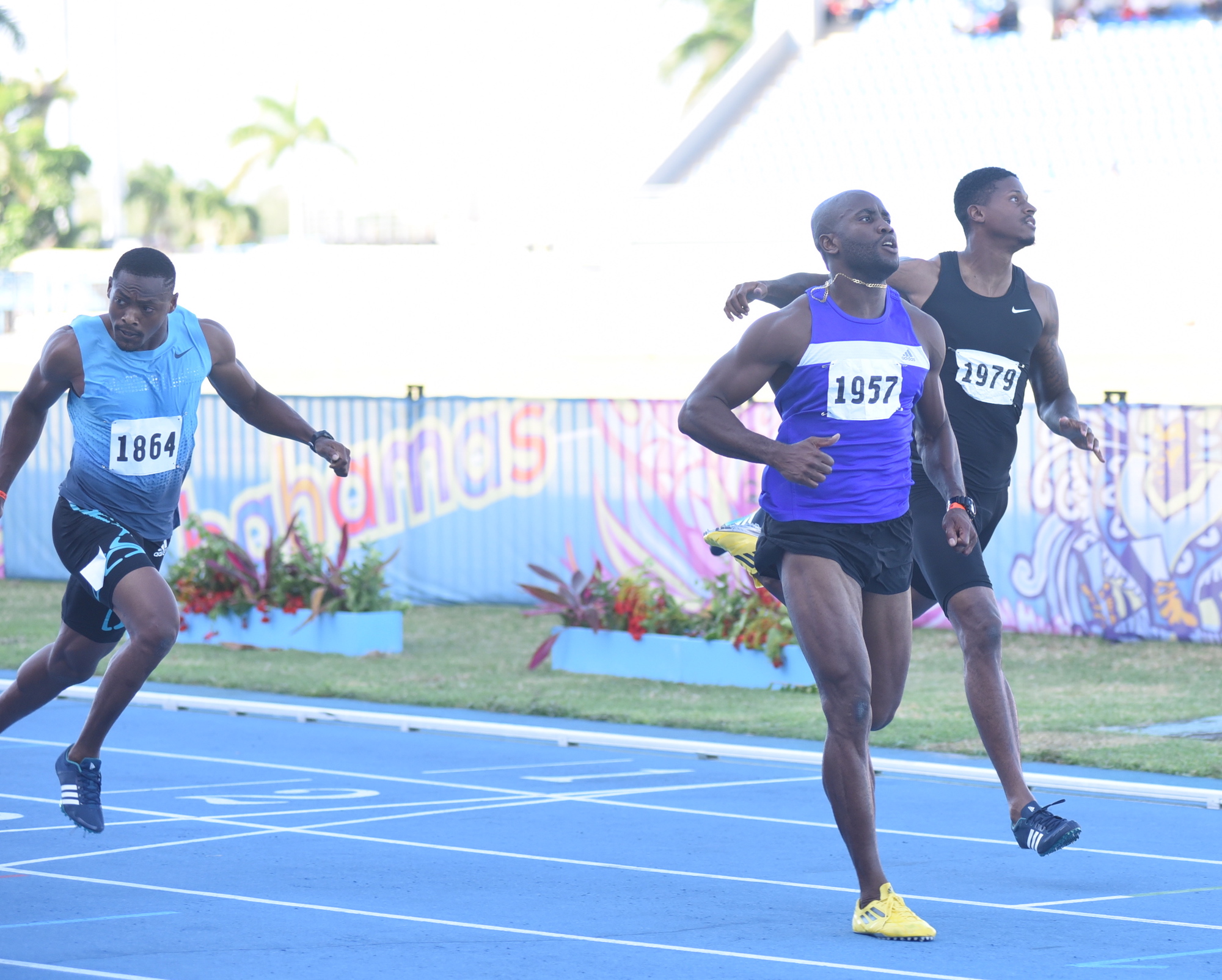