Christian Coleman ran the second-fastest time in history to win the men’s 60m at the USATF Indoor Championships.

In his NBC post-race interview, Coleman said: “We haven’t done a whole lot of speed work [in training], so I’m pretty satisfied.”

The women’s 60m hurdles went to Gabriele Cunningham in 7.92 ahead of Payton Chadwick, 7.94 and Tiffani McReynolds, 7.96.

The women’s triple jump at the US Indoors produced a great contest. Tori Franklin reclaimed her national indoor record with a final-attempt 14.64m after Keturah Orji took the mark to 14.60m in the second round.

Chase Ealey defended her shot title with 18.99m as Haley Teel took silver with 18.40m. Matt Ludwig won the pole vault with a PB 5.85m. Erik Kynard, following a year out with injury, regained his high jump title with 2.26m. 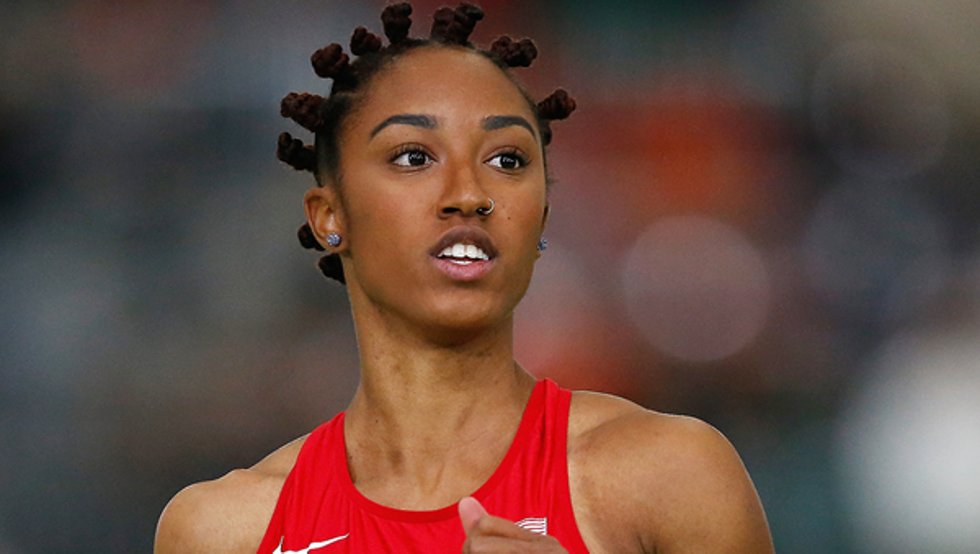