STARKVILLE- In what will be its first meet of the new year, Mississippi State track and field will jumpstart the indoor campaign at the UAB Blazer Indoor Invitational on Friday in Birmingham, Ala.

"Our athletes have been working hard to get ready for this season, so I am ready to see what we can do," MSU coach Steve Dudley said. "We have a talented group of veterans returning, and when you combine that with the incoming athletes this year, competition should be exciting."

MSU will have more than 30 athletes represented in 26 different events at the meet, which includes action from 40 teams. From the Southeastern Conference, the Maroon and White will see rivals Florida, Ole Miss, Tennessee and Vanderbilt. Top opponents such as five-time NCAA Champion Florida Gators and three-time NCAA Champion Florida State Seminoles make for a highly competitive atmosphere with some of the nation’s best athletes in attendance.

“We’ve trained hard, and now is our time to win,” Hearn said. “Our team is ready, and we are confident we will perform well.”

Bougard will compete this weekend in the 60-meter hurdles, 4×400-meter relay and the long jump. Hearn and McBride will both see action in the 500-meter dash, as well as on the relay teams.

In the distance events, MSU will be anchored by returning runners Carmen Brothers, Cornelia Griesche, Katie Huston, Emma Neigel and Jodie McGuff. Neigel was an invaluable asset to the Lady Bulldog’s cross country team in the fall, remaining a constant fixture atop the MSU leaderboard. The women can also count on freshmen Rhianwedd Price and Lisa Ziegler to make an immediate impact in distance events as shown through their success in the cross country season.

Action begins on Friday at the Birmingham CrossPlex with field events starting at 3:30 p.m. and running events following at 4 p.m. Saturday’s portion of the competition will begin at 9 a.m. and conclude at 4:15 p.m. 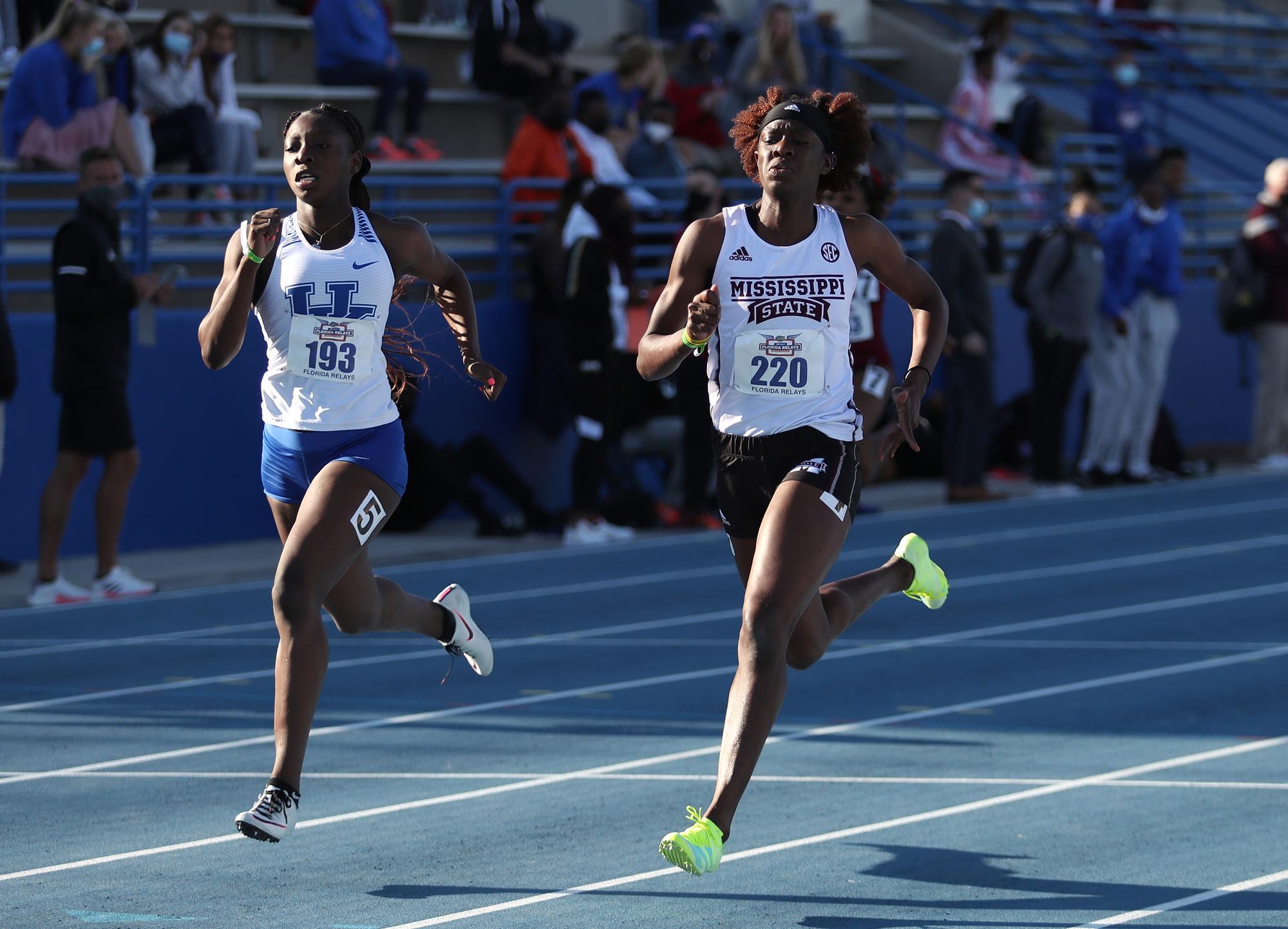