GEORGE TOWN, Cayman Islands – Usain Bolt opened up his 2016 campaign on a winning note after taking the men’s 100m in 10.05 seconds at the Cayman Invitational at the Truman Bodden Stadium in George Town.

The world record holder wasn’t particularly happy with his overall performance, as he wanted to add to his collection of 45 sub-10 seconds, but the Jamaican was satisfied with getting his season off to a winning start.

Bolt also took the time to go around to acknowledge the fans and a few meeting officials who undoubtedly came out to see him compete.

Prandini, who has a season’s best of 10.95, and is the fourth fastest woman this year, got home ahead of Jamaica’s Kerron Stewart – second in 11.20, with USA’s Carmelita Jeter taking third in 11.34.

Prandini returned an hour later to complete the double after taking the 200m in a season’s best of 22.63 seconds.

Meanwhile, the men’s 400m was impressively won by Trinidad and Tobago 2014 World Junior champion Machel Cedenio, who crossed the finishing line in 45.10 – beating Demish Gaye of Jamaica (45.30) and Annie Mame of France (45.98).

Elsewhere, Miguel Francis of Antigua & Barbuda, who trains with Bolt at the Racers Track Club under coach Glen Mills, dominated the men’s 200m – winning in a time of 20.16.

Great Britain sprinter Zharnel Hughes, one of the pre-meet favourites, was a distant second in 20.70.

Other event winners at the meeting were Jamaica’s Ristananna Tracey, the champion over the 400m in 55.97 and Kendra Harrison of USA who flashed to victory in the women’s 100m hurdles in 12.42, the second quickest time this year behind her own world-leading mark of 12.36. 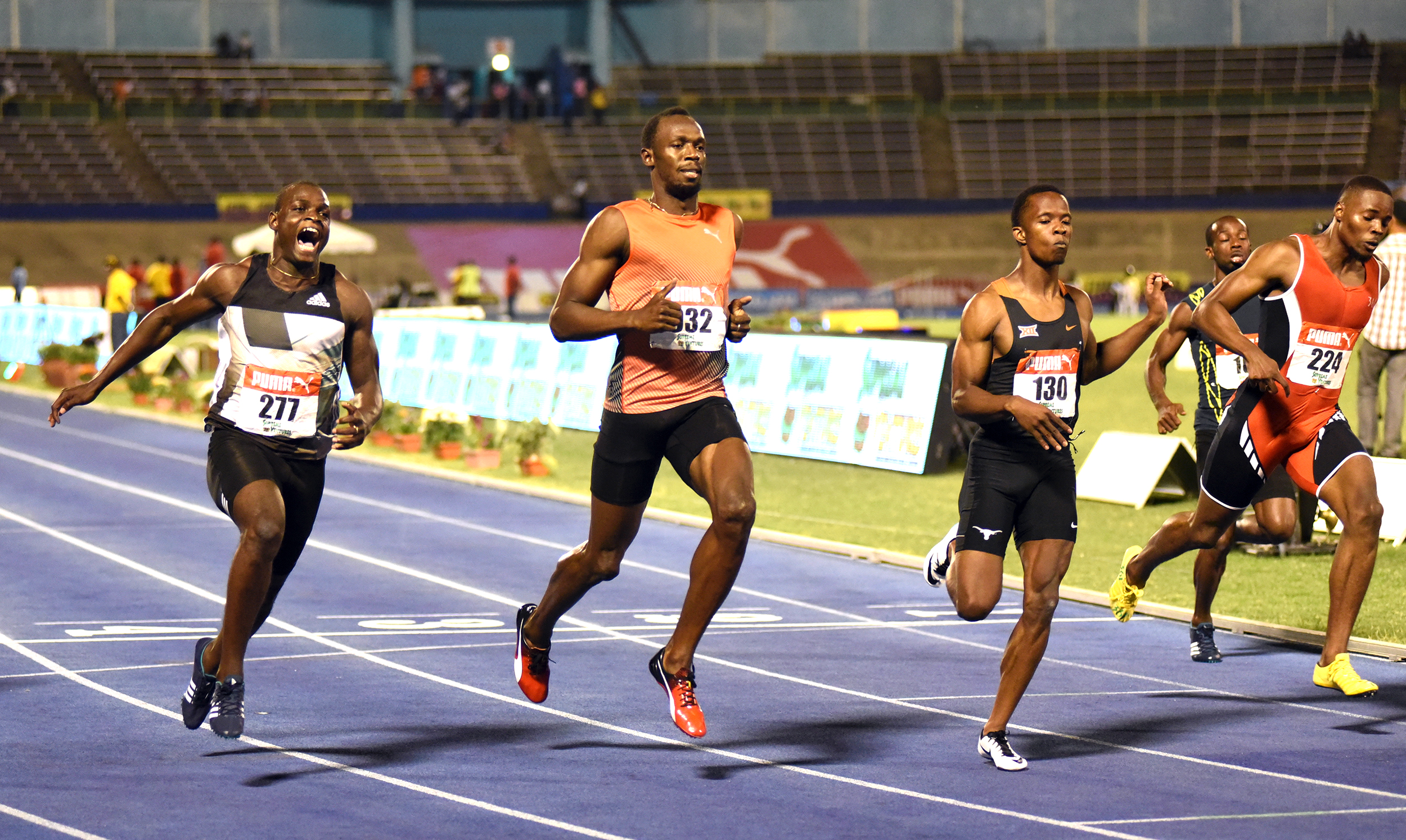