Bahamas Jeffery Gibson was the best Caribbean finisher in the heats of the men’s 400 metres hurdles on Saturday at the 15th IAAF World Championships, being held in Beijing, China.

Gibson was joined by Jamaica’s Ansert Whyte as automatic qualifiers for the next round, while Jamaica’s Leford Green did so on time.

Gibson was the third place finisher in Heat One as he finished behind Nicholas Bett of Kenya who did 48.37 seconds and Russia’s Timofey Chalyy, who clocked 49.05. Gibson did 49.09 as Jamaica’s Roxroy Cato finished sixth in 49.47 and failed to progress.

Whyte qualified automatically by finishing fourth in Heat Three. He ran 49.10 as the heat was won by Kerron Clement of the USA in 48.75 as Great Britain’s Niall Flannery and Switzerland’s Kariem Hussein finishing second and third in 48.90 and 49.08 respectively.

Leford Green ran in Heat Two and finished fifth in 49.33 to qualify on time. 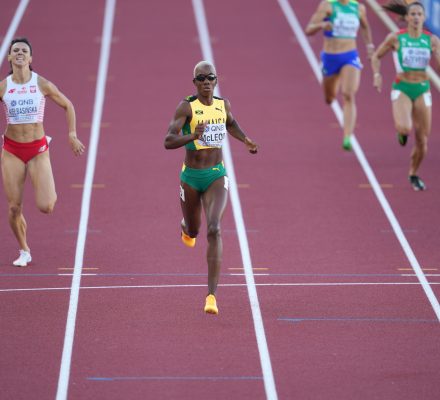