Aggie professional Athing Mu won the gold medal in the 800m Tuesday with an American record time of 1:55.21 at the Tokyo Olympic Stadium, becoming the first American female to win the 800m in 53 years.

Mu became the first female in program history to obtain an individual medal and the first Aggie, male or female, to win gold in an individual track event and second in any event. Jeneba Tarmoh earned gold at the 2012 London Games as a member of Team USA’s women’s 4x100m. She is the third track & field Aggie to earn a medal at the Tokyo Games following Fred Kerley’s 100m silver medal and Bryce Deadmon’s mixed 4x400m bronze medal.

The Trenton, New Jersey, native, entered the Tokyo Games as the favourite after obliterating the field at the U.S. Olympic Trials with a meet record and then American junior record time of 1:56.07. Dating back to January 2021, Mu has gone an astonishing 20-1 in individual races ranging from 400m to 1500m. During that span, including relay races, she set the under-20 indoor 800m world record (1:58.40), eight Texas A&M records and six collegiate records.

The 19-year-old phenom clocked an American record time of 1:55.21 to earn the gold, her time is 10th fastest on the world all-time list. Mu became the first American to win the women’s 800m in 53 years when Madeline Manning did so at the 1968 Mexico City Olympics. She is the second track & field member of Team USA to win gold at the Tokyo Games, Valarie Allman claimed the top spot in the women’s discus Monday night. 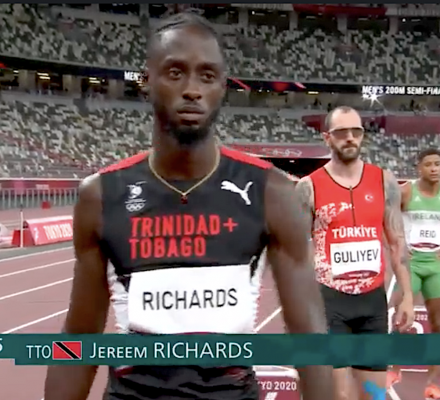