Elaine Thompson-Herah said her faith in God and believing in herself helped to shove off negative comments on route to her second straight Olympic Games 100m title.

“God is amazing,” she said in her post-race interview. Thompson-Herah won the Tokyo Olympics women’s 100m final in a new Olympic Games and Jamaica record of 10.61. She also became the fastest woman alive. Only Flo Jo, who ran 10.49, 33 years ago, has gone faster.

“Last month this time, I didn’t think I would be here today. I have been up and down with this injury, the same old injury,” said the former Manchester and Christiana High athlete. She has been battling an Achilles injury, which forced her to withdraw from two Diamond League meets in May.

The Stephen Francis-coached athlete said not even the bad comments could stop her from achieving her goal.
“I see the shade, the bad comments, the mental thing that they threw on me that I am mental, but I am not mental. I believe in God, and I have faith …. and five years later I came here and defended my title. God is amazing.”

She admitted to being nervous and how she overcome the challenge. “I am super nervous, but I teach myself how to control that. I take my breath in out and release that comfortably with all of that is nervousness and confidence.”

Thompson-Herah will now turn her attention to defend her 200 metres crown. 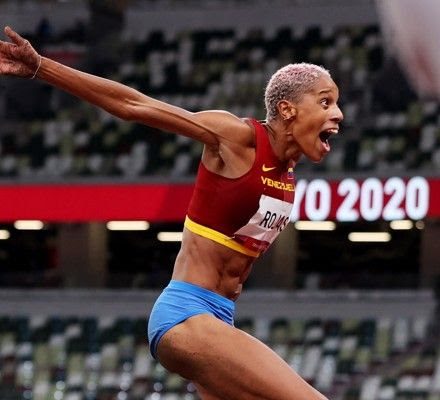