Kiprop and Kipyegon are ready
OSLO (NOR): Famous Bislett Games as 7th IAAF Diamond League of the year will be highlighted by fast Dream Miles for first time by men and women. Great duels by Schippers-Thompson, Lavillenie-Barber. The meet is nearly sold out and no-wind is predicted for the event with good temperatures.

100m – Three athletes in the field have broken the 10 second-barrier this year: Kim Collins 9.93, Ameer Webb 9.94 and Mike Rodgers 9.97 but Andre de Grasse is racing himself into form with a fast win over 200m in Birmingham.

5000m – A third DL win for Muktar Edris? Pacemakers have been asked to reach 3km in 7:44. WL very possible.
400m hurdles – Michael Tinsley will be looking for his third DL win of the season. He is narrowly the fastest on paper this year at 48.74.

Javelin – Another excellent field has been assembled for one of the event’s highlights. Top names include world champion Julius Yego, Olympic champion Keshorn Walcott and world-leader Thomas Rohler.
Shot put – Joe Kovacs leads the world rankings by a large margin with 22.13m from the Eugene DL. Konrad Bukowiecki makes his DL debut.

100m hurdles – Brianna Rollins and Jasmin Stowers will be looking to capitalise in the absence of the World leader.
High jump – A typically wide open event. Levern Spencer leads the Diamond League race thanks to a win in Shanghai and a runner-up finish in Eugene. 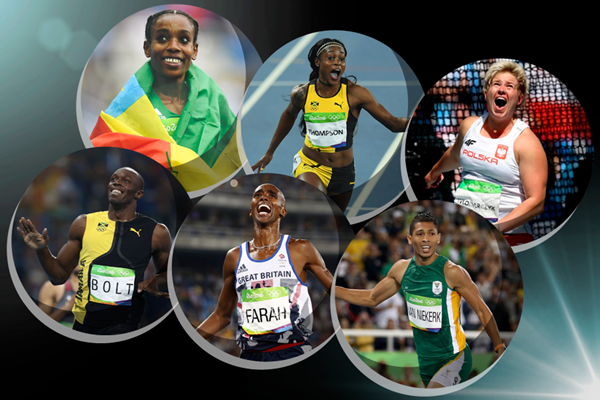