TUSCALOOSA, Ala. – After announcing five Alabama graduates who will compete at the upcoming World Championships Oregon22 as part of Team USA, nine past and present members of the Alabama track and field family are slated to compete for their respective countries, boosting the UA contingent to 14.

The 2022 World Athletics Championships will be held July 14-24 at Hayward Field in Eugene, Ore., site of the 2022 NCAA Championships where the Crimson Tide men and women both posted top-15 national finishes.

Tarsis Orogot, who earned All-America honors as a rookie in 2022, will compete in the sprints for Uganda. NCAA champion and three-time Olympic medalist Kirani James, along with fellow Crimson Tide All-Americans and Olympians Alex Amankwah (Ghana), Natassha McDonald (Canada), Jereem Richards (Trinidad and Tobago) and Portious Warren (Trinidad and Tobago) are also set to compete in Eugene.

“We’re incredibly excited for the upcoming World Championships. To have more than a dozen past and present members of our team competing at the highest level of our sport is testament to the heights that this program has risen to over the last decade.

We’re looking forward to another great week in Eugene and cheering on Crimson Tide greatness on the world stage.”

The Crimson Tide on the United States World Championships Teams 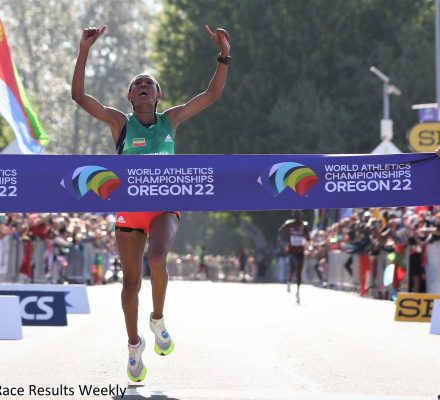