Shericka Jackson made history at the Jamaica Trials on Sunday, June 26 when she destroyed a stellar lineup to clock the third-fastest 200 meters of all time in a massive personal best and world-leading time of 21.55 seconds.

The Olympic 100 meters bronze medalist gave the world an early warning that something special was brewing in the half-lap event when she demolished a field which included five-time Olympic champion Elaine Thompson-Herah, defending 200 meters world champion Dina Asher-Smith and Olympic 400 meters champion Shaunae Miller-Uibo of the Bahamas at the Golden Gala Pietro Mennea /Rome Diamond League meeting in June. Jackson clocked 21.96, which was a season’s best performance and a new meet record.

However, it was her scintillating performance at the Jamaica Trials, in which she produced 21.55 that etched her name as one of the greatest female sprinters of all time in the event and raised the possibility of shattering the national record and the 34-year-old world record. Jackson’s time is only bettered by the world record holder Florence Griffith Joyner’s 21.34 set in 1988 and Elaine Thompson-Herah’s national record of 21.53 set last year.

Veteran sports commentator and track and field analyst Hubert Lawrence believes that if the Olympic 4×100
meters gold medalist performs at the same level at the Eugene 2022 World Athletics Championships as she did at the Jamaica Trials, the world could witness the first sub-21.5 clocking by any female sprinter since Griffith Joyner.

“I think she can go faster. Whether she can go to the world record is something else,” Lawrence said. “That’s 21.34, and I think it is important to note that the conditions on Sunday at the National Stadium were special. When the rain falls on the track at the stadium and blows off, then the track gets bouncy and is very good for sprinters.”

“At the world championships, she will have in the field the US champion Abby Steiner who ran 21.77, as well Dina Asher-Smith, the defending champion who is slowly coming back to top condition and could be in sub-22 ready by that time. And of course, Elaine-Thompson-Herah, who has run 21.53, could be in better shape, while Shelly-Ann Fraser-Pryce (22.14) could be in better shape by that time. So, that might be the push she needs to go faster,” Lawrence continued.

However, he cited that the close running schedule at the world championships could pose a problem for athletes competing in the sprint double, but the world record for Shericka Jackson is not impossible if she continues to perform at the highest level.

“What’s against her is that the world champs schedule is really tight for a sprint doubler. Last year in Tokyo there was a day-off at the end of the 100 meters and the start of the 200 meters. There’s no break in between them now, and the day-off comes after the 200 semis and before the finals, so there’s quite a tough schedule that they face in Eugene,” Lawrence said.

“The other thing that might be of consideration is that Shericka is just in her first full year of training specifically for the 100 and 200, and if you follow that logic, it could be that next year when there is also a world championships, that might be a great year for her to go much faster in the 100 and the 200.”

“So, the short answer is that she can go faster, but I’m not sure that the world record will happen this year. However, Elaine Thompson-Herah said last year that the 200 record is easier to get than the 100 record, and, if that’s true, that’s another plus for Shericka Jackson,” Lawrence added.

Meanwhile, the Beijing 2015 World Championships 400 meters bronze medal winner has indicated that she will remain focused on what is to come and will make the necessary preparations for the world championships that will help her to continue producing quality performances.

“I’m just grateful, honestly. I was very shocked at the time, I didn’t expect to go that fast. I knew I had something special in my legs, but to run that fast, I’m just grateful.” Shericka Jackson said.

“I wanted to run the curve as hard as possible because my coach said ‘run the curve and I don’t care what you do after’. The curve has always been one of my problems and I’ve been practicing in training.”

If Jackson claims the world championships titles in the women’s 100 and 200 meters at the Eugene 2022 World Athletics Championships, she will be the first female sprinter in history to switch from the 400 meters to top the podium in the sprint double at any global track and field championships. 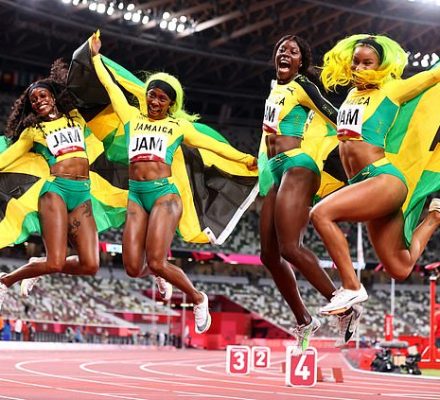 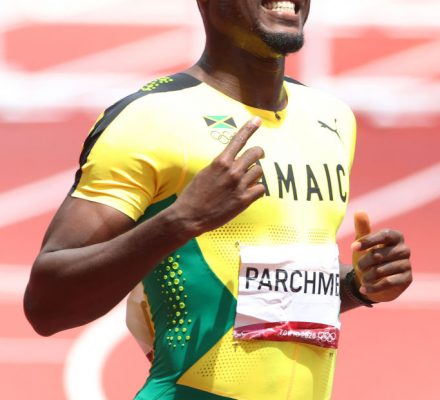 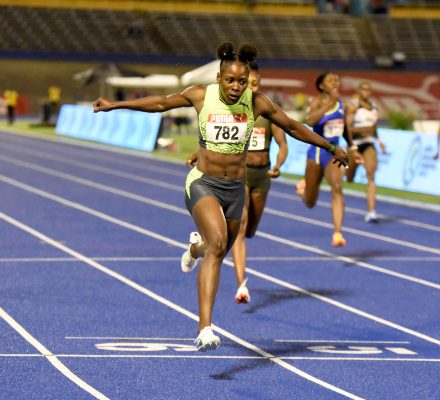