BYDGOSZCZ, Poland – The IAAF ambassador for the IAAF World U20 championships and sprint legend Ato Boldon said that being the coach surpasses anything he felt in his competitive days. “It’s the worst. I’ve been in four Olympic finals, I do live TV to a billion people for a living, and none of that stresses me. The minute Khalifa has to run, my stomach is upset, I can’t sleep, I’m nervous, I’m anxious,” he said as coach of Trinidad and Tobago’s Khalifa St Fort, who is one of the leading contenders for the women’s 100m.

“By hosting this year’s edition, Bydgoszcz becomes the first city to twice host the World U20 Championships. With more than 1500 athletes entered, this is set to become the biggest ever athletics event in Poland,” informed IAAF General Secretary Jean Gracia.

Reigning shot put World junior champion Konrad Bukowiecki is going to defend his title at World U20 Champs in Bydgoszcz “even more so this year because we are in my home country. The world record (for the 6kg shot, 23.00m by Jacko Gill) is in the back of my mind and of course I’d like to beat it but first and foremost the goal is to defend my title,” said Bukowiecki at Monday’s press-conference noting that he’ll do discus more for fun but also aims to achieve the final.

Reigning world youth champion in both 100 and 200m sprints Candace Hill said it would be the honour for her to bring the 100m title back to the US. Hill, who became the professional athlete this year, noted that her participation in this year US Olympic Trials was an incredible experience.

Fresh African 400m champion in senior category Baboloki Thebe said that he was forced to prepare for 400m instead of his favourite 200m because of last year injury. “I’ll run the 200m again next year. This year it’s only the 400m. I ran 45 in my first race, so I was very happy with that,” said Botswana’s teenager being one of the main medal contenders here. 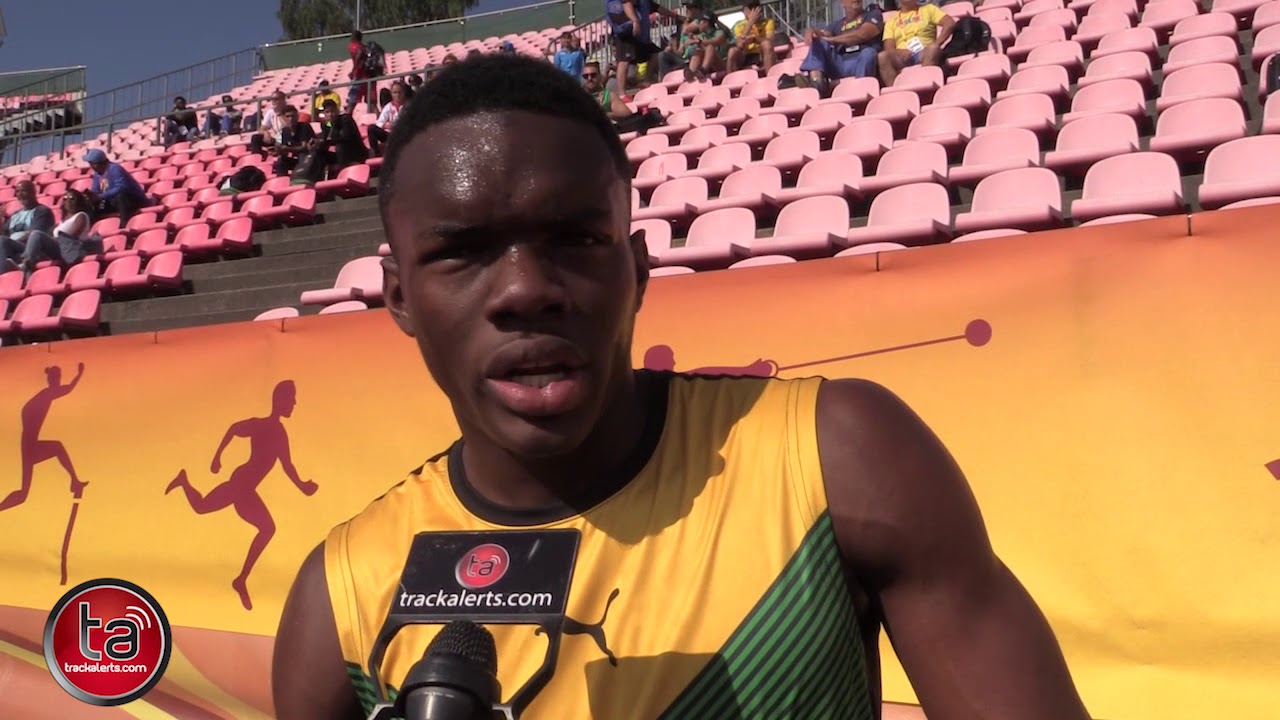