MONACO  — Sprinter Tori Bowie stamped her class against a very strong women’s 100m field on her way to running a world-leading 10.80 seconds at the Monaco Diamond League meeting on Friday.

Bowie, who picked up a leg injury during the USA Championships last month, returned in fine style as she pulled away from the field in the last 10-metres to continue her impressive form this season.

The 10.80secs performance, which is a new life-time best for her, was achieved in a +0.8 wind-reading.

Jamaican Veronica Campbell-Brown held on for second place in 10.96, with Murielle Ahoure of the Ivory Coast taking third in 10.97.

World and Olympic champion Shelly Ann Fraser-Pryce recorded a new seasonal best of 11.01, but the Jamaican only finished sixth in what was a very fast race.

Before Friday’s contest, the world-leading time was 10.83-secs, set by Trinidad and Tobago’s Michelle-Lee Ahye.

In another cracking race on the evening, world record holder David Rudisha was beaten into fifth place in the men’s 800m by Botswana’s Nigel Amos.

The Kenyan, who recently returned from injuries, ran a season’s best time of 1:42.98, but was unable to hold off a very determined Amos, who went on to set a new meeting record and world-leading time of 1:42.45, which bettered the previous meeting record of 1:42.57, set by Wilson Kipketer in 1999.

Pierre-Ambroise Bosse of France ran a new national record of 1:42.53 for second, while Ethiopia’s Mohammed Aman was third in 1:42.83.

The men’s 1500m also saw an exciting finish, with seven of the 13 finishers running faster than 3:30.

Winning the event was a fast finishing Silas Kiplagat, who ran a world-lead and Diamond League record time of 3:27.64 for the victory.

“I am not thinking my win and result are a surprise,” Kiplagat told reporters after the win. “I was aware of it, this gives me confidence for the next years.”

Fellow Kenyan Asbel Kiprop, who was chasing the world record, was pushed back into second place in a season best of 3:28.45, while Ronald Kwemoi, also from Kenya, finished with a new personal best and World Junior record of 3:28.81, for third place.

Meanwhile, in the men’s 200m dash, Justin Gatlin of flashed a fast and impressive 19.68secs, after running a superb opening 100m off the curve. His time was a meeting record and 2014 world best as well.

Second went to Jamaica’s Nickel Ashmeade in 19.99, with third going to Christophe Lemaitre of France in 20.08. 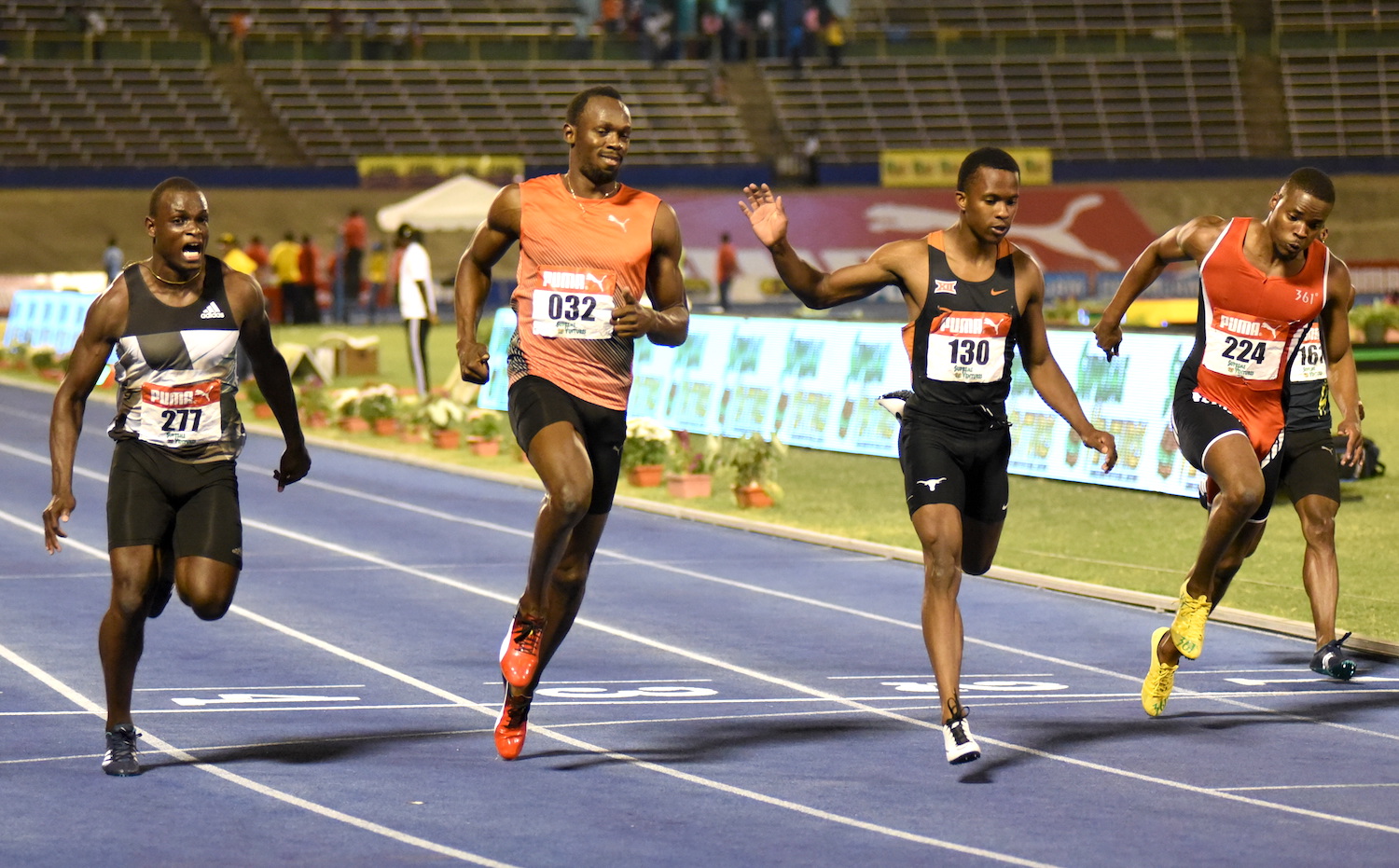