The 13th UWI Invitational Track & Field Meet is set to sizzle at the UWI/Usain Bolt track at the Mona Campus in Kingston on March 21, starting  at 10am.

According to Grace Jackson, chairman of the organizing committee and the meet director, there will be several top class athletes competing this year. It will be high class competition starting with field events while the track events are scheduled for a 1:00 pm start.  The Men's Shot Put and the Women's Discuss will be showcased in the afternoon as a direct result of their world class performances in recent times

Entry deadline has been extended to this Friday but the expectation is that the bulk of the athletes will be drawn from the local clubs and institutions including Racers, MVP, Cameron Blazers, UWI, GC Foster and UTech. Athletes from Bahamas and South African athletes who train at UTech will be the non Jamaican competitors.

Jackson though cautious about naming athletes, did list Federick Dacres, Travis Smikle and Hansle Parchment among the athletes expected to compete.  Dacres is coming off a 66:30 m throw in January.  Smikle will be competing for the first time since his stay by the Court of Arbitration and Parchment will be opening his season at the meet.

Dacares who attended the launch said that he was healthy and hoping to throw a national record at the meet while looking forward to a podium finish at this year's World Championship in Beijing.

Several prep and primary schools have been invited to compete in the 4x100M.

The honourees this year are officials – Michael Furtado and Claude Palmer (post humous) and the athletes are Annastacia Leroy of GC Foste and Odane Richards of UTech.  A patron has been named for the first time.  He is Dr. Marshall Hall who is the chair of the University Council.

This year's pre-event seminar is geared towards the colleges and coaches.  It is set for next Thursday March 19at the UWI medical science block.  Some of the speakers include Olympian Neil Gardener, Dr. Dennis Johnson and Yanique Jolly-Stone, with a lunch time special of interviews with Jaheel Hyde and Odane Richards. 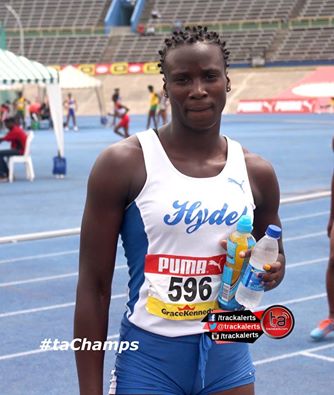