By Anthony Foster in Hamilton, Bermida

Richardson, who won the world 110m hurdles title in 2011, is expected to line up against Jamaican, Deuce Carter.

Also in the men’s 110m hurdles field, are Americans Jarrett Eaton, Fred Townson and Aramis Masenburg, along with Eddie Lovett of USVI.

Americans Cierra White with 11.07 and Chelsea Hayes 11.09 are the fastest women down for the 100m, which will also have Bahamas’ Cache Ambrister.

Sade Sealy of Barbados is the one to beat in the women’s one lap event, but Jamaican, Tiffany James, who has run a personal best of 52.30 this season, can’t be taken lightly.

Samantha Edwards of Antigua and Barbuda and Bahamian, Lanece Clarke, are also very good competitors. Dawnalee Loney and Jonique Day, both of Jamaica, are also in the field.

Wesley Vasquez of Puerto Rico, if he runs true to form, should take the men’s 800m. However, with all the others, T&T’s Jamaal James, Jamaicans Ricardo Cunningham, Jowayne Hibbert and Sadiki White and Bermudian Aaron Evans, within the 1:46 — 1:47 zone, this race should be very competitive.

Anna Willard of USA is the fastest of the women’s 800m runners at 1:58.80, but this was done way back in 2009. With Alena Brooks of T&T, Bahamas’ Te’shon Adderley, along with Americans Stephanie Herrick and Megan Manley, this event is wide open.

In the men's long jump, Bermudians Tyrone Smith, Bruce DeGrilla and Ethan Phillip will face-off with Americans Michael Hartfield, the best in the field, at 8.42m and Mikese Morse.

However, it will not be easy for the Americans, as Jamaican Demar Forbes, who has a personal best of 8.35, will also be going for the win. Other Jamaicans here are Nicholas Gordon and Kamal Fuller. 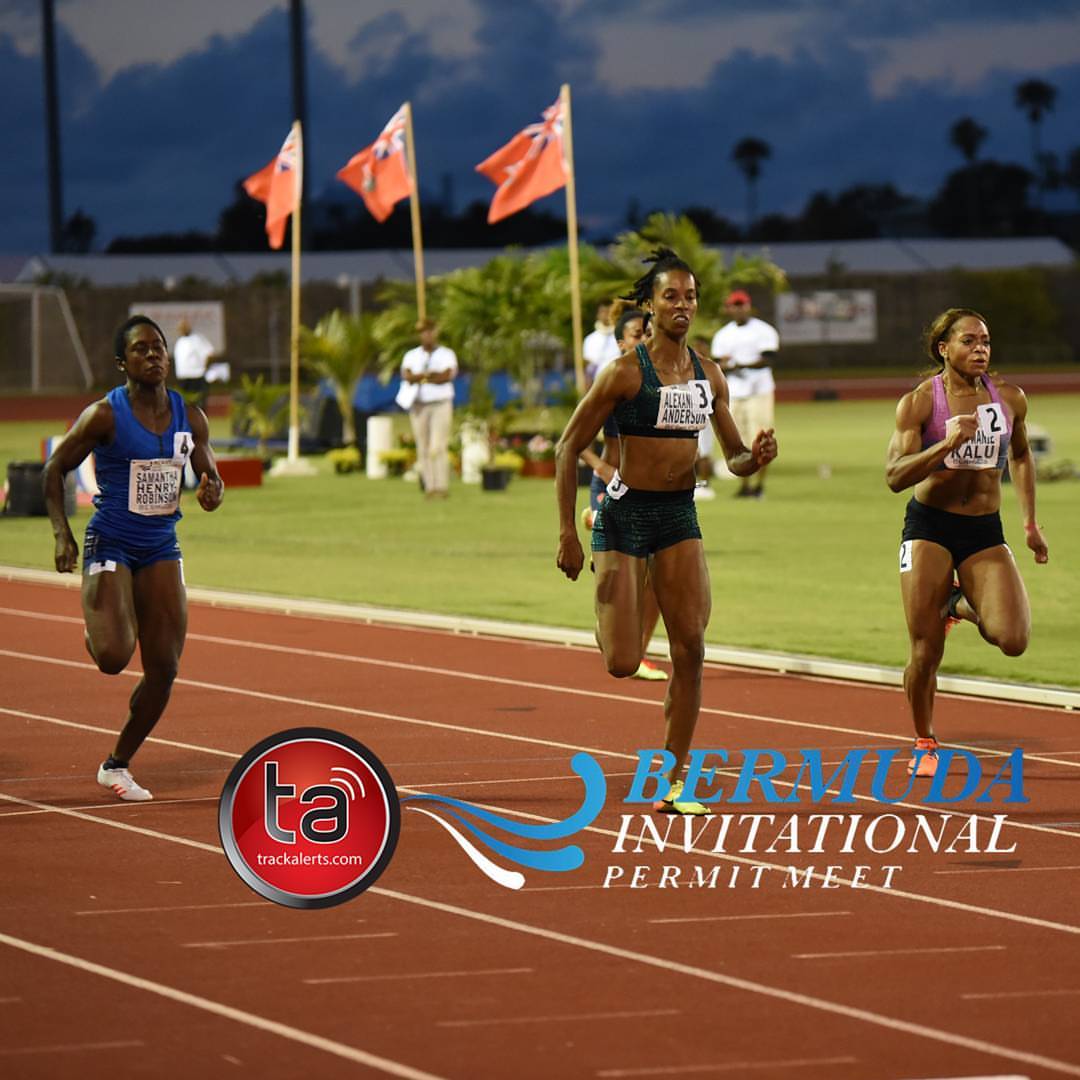