Gibson McCook Relays 2015 should be one of intrigue and excitement. The boys’ class1 4x100m and 4x400m have the record teams returning with their athletes from last year. The 4x100m record holders Calabar High School actually ran a faster time at the high school athletic championship (Champs) than at Gibson McCook Relays. We should be seeing an improved team over last year. I say this because one should expect baton changing to improve to say the very least.

Added to that is the recent form shown by the World Youth champion and World Junior bronze medalist 200m Michael Ohara and the fact that Edward Clarke ran an easy looking 10.45 seconds over the 100m at last Saturday’s Isaac Henry meet. To go with it all is the long history of Calabar’s coach Michael Clarke’s ability to get his athletes prepared both mentally and physically to perform at their best. Last year, their 39.61 at Gibson Relays was upstaged by an even more outstanding time of 39.35 at the Jamaica high school athletic championship (Champs).

So far, they have run a season leading 39.81. Such performances can never be discounted or questioned.  Nevertheless, with all that is being said about Calabar 4x100m team, they will not be running away unchallenged. St. Jago, Kingston College and Jamaica College might have something to say. All three teams have the necessary foot speed and pedigree to challenge Calabar. The foot speed of St. Jago team might be even better than that of Calabar based on last year performance of its athletes and the guile and talent of their coach, Danny Hawthorne.

On the St. Jago team is last year’s class 2 Champs 100m record holder and Carifta 100m champion, Raheem Chambers. He ran in the 10.2 range three times last year. I believe if St. Jago have him start their 4x100m relay, his blazing start will put all the other teams in a catch up mode. To go with Chambers is World Youth Olympics and World Youth Champion over the 400m, Martin Manley. Last year Manley ran a time of 10.38 over the 100m. Then there is Chad Walker last year Carifta games Under 18 200m champion who has also ran a 10.45 over the 100m. To go with the three is Nathon Allen, last year consistent 46.1 400m athlete and 200m Champs finalist (20.73) 200m. The foot speed of this team assuming form consistency and improvement, make them a formidable opponent for anyone expecting to win.

Kingston College (KC) with the addition of Shivnarine Smalling, Twayne Crooks, Akeem Bloomfield and anyone of the plethora of sprinters to form a quality quartet. This season they have run 40.40. Another team to consider is Jamaica College. This school has consistently produce quality 4x100m teams. They have lost a few quality sprinters through transfer to other schools but they always find a way to produce a quality team. With Waseem Williams, 2014 Carifta under 18, 100m silver medalist with a time of 10.40 and Devaughn Baker, class 2 400m record holder leading the way, they should be in the mix once again. This season they have ran 40.79. All four teams are capable of going under the 40 seconds barrier. So far Calabar seem like the team to beat.

Unlike the 4x100m, the 4x400m race will be mainly between two schools. The returning quartet from St. Jago who ran the Champs record of 3:08.31 in 2014 should be a difficult challenge for any school willing to think they can. KC in my view is the only team with the quality foot speed to challenge St. Jago. Recently, KC ran 3:10.95.  KC has a stable of 46 seconds athlete with at least one who can contend with the St. Jago pair (Manley and Allen) for the gold in 400m finals. Both teams are confident they will win. Gibson Relays is where we will see both teams competing at their optimum for the first time in the current athletic season.

This should be a great race and I think the record will go. Schools such as Calabar, JC and St. Elizabeth Technical high school (STETH) should give a good account of themselves. I just do not see them possessing the fire power of KC and St. Jago. The 4x100m has more teams to compete because of the narrow room for error in it. The 4x400m on the other hand has a lot more room for error outside of disqualification and dropping of the baton. St. Jago and KC are confident they will win and both teams have enough quality 400m athletes to make the current record a historical footnote. How each school set out their team will be interesting. The match up on each leg will be as interesting as the entire race. This is one race that is wearing my patience.

As the 2015 Gibson Relays come around, many will look with anticipation and think of what will be the likely performance of certain athletes at Champs. St, Jago and KC to some extent have not shown the capability of many of their top athletes in the events they are going to contest. This makes the expectation high for Gibson Relays. If history is any indicator, never count out a Dannny Hawthorne or a Neil Harrison (KC coach) trained team. These two coaches have produced quality teams and getting their athletes to peak at the right time.

Thus whatever we see so far from their athletes, expect much better performances on the day of competition. JC is another team that seems to peak on the right time too so I would not underestimate their performance at Gibson Relays. Beating Calabar might seem hard but not impossible, just do not expect it to happen easily. The 4x400m on the other hand is another matter. Finding four 400m runners to match St. Jago and KC depth will be a difficult task. KC is sure they can turn up with at least four athletes who can run 46 seconds or better and St. Jago with their returning quartet plus fixing of their last year team weak link has made it difficult for any team to catch up once they move ahead on any leg.

I cannot remember having such a strong anticipation for Gibson Relays. I guess the unknown is what driving this force within me. Even though I only write about the class 1 4x100m and 4x400m open, I expect a tightly contested class 2 and 3 4x100m too. In the class 2, Calabar quartet seems a difficult team to beat but KC should give a good account of themselves. As for the class 3, it should be between KC, JC and St. Jago. I have not even mention the competitive situation on the girl side and I am feeling so much excitement. No wonder my anticipation is so strong and my patience is so weak. 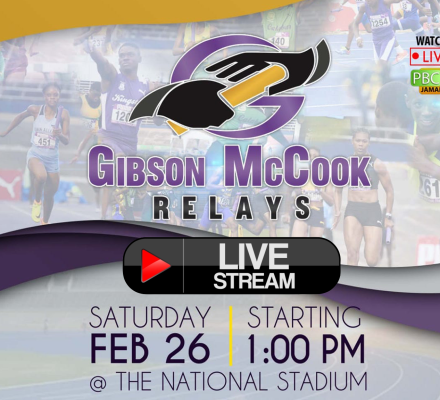 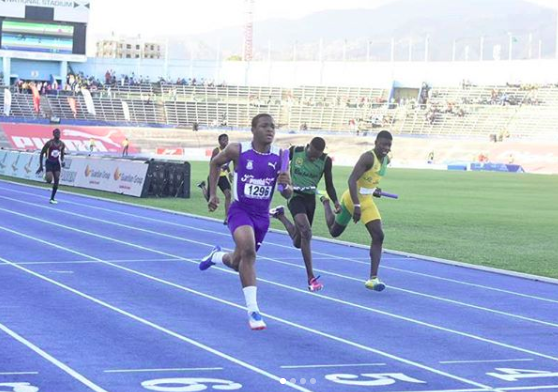