It was fireworks for USA's Candace Hill as she set a CR at the 9th IAAF World Youth Championships in Cali, Colombia. Her tall and powerful legs produced strides that were too much for the field. Leading,  once she got out of her drive phase, she powered through to 11.08. Khalufa St Fort 11.19 (TTO) gets the silver. Tristan Evelyn 11.59 (BAR) and Kimone Shaw 11.65 (JAM) were 4th and 5th respectively.

Christopher Taylor silenced rumors that the young star was suffering a hamstring injury, when he blew past his competition to a WYL in the semi final round.  Taylor running in Semi final 1 out of lane 5, found himself between Joesph Lyles (USA) and Karabo Sibanda (BOT).

The middle of the track saw the 3 athletes taking command of the race early, and were in a virtual tie coming off the 300m into the home straight. Taylor with his diminutive figure found power down the straight and distanced himself en route to the automatic qualifying spot.  Meanwhile, in Semi final 3, Jamal Walton 46.97 (CAY) gave Zambrano  46.76 (COL) a run for his money,  as the 2 copped the automatic spots for Friday's final. Taylor is drawn in Lane 4, right behind Zambrano who had set a PB while getting the better of Taylor in the first round.

In the 800m Men, Leon Clarke 1:50.70 PB (JAM) is in the final. This is a major development in regional athletics. Into the final with the fastest time, is Kipyegon Bett 1:47.11 of Kenya. The women’s 400m will see Roxana Gomez (CUB) as the sole representative for the region in the final.

Javauney James of Jamaica 51.96 PB, surged from 5th place off hurdle 8 to a 2nd place finish in his semi final run in the 400MH. James appeared to struggle thru 300m, but found a second wind and surged over hurdles 9 and 10 closing the gap on the favorite Ruseei Fiji 51.21.

Ecuadors Maribel Caicedo claimed the Gold medal in the women’s 100MH in a new pb of 13.04 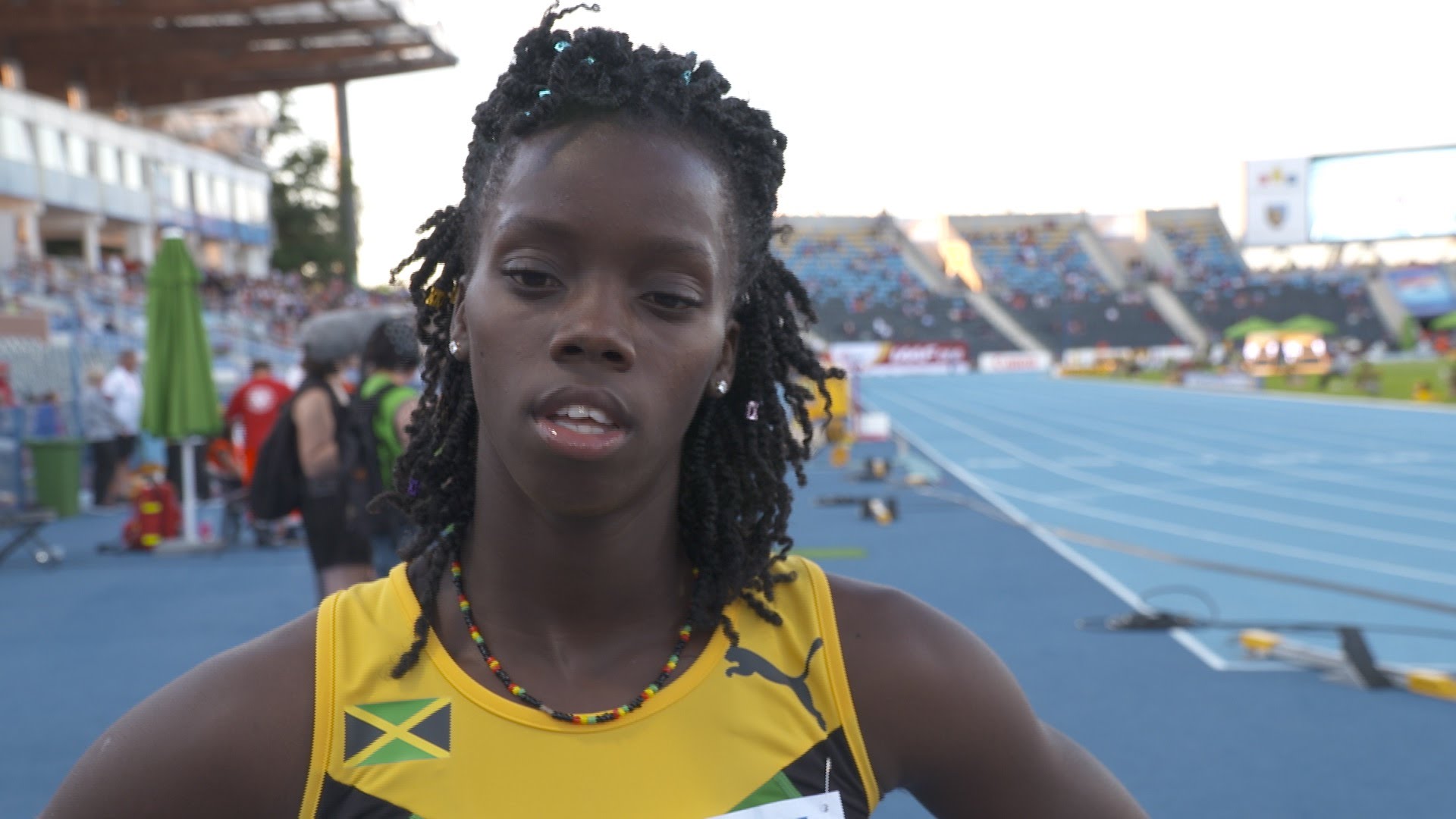