BIRMINGHAM – Texas A&M senior Shavez Hart became the first Aggie selected as a SEC track and field Athlete of the Week this season following his world-leading performance on Saturday in the 200 meters. He earned the SEC Men’s Runner of the Week honor, which was announced by the conference office on Tuesday.

During the A&M men’s team victory at the Texas A&M Team Invitational, Hart won the 200m in 20.76 seconds over a field that included a pair of 20.80-second clockings from teammate Bralon Taplin and Baylor’s Trayvon Bromell, the 2014 NCAA 100m champion.

Hart was just a tenth of a second off his indoor best in the event with his victory as he posted the top time in the world so far in the 2015 season. The pair of 20.80s by Taplin and Bromell rank as the second fastest marks this year. In relay action Hart ran the second leg of the winning A&M 4×400 (3:07.98) with a split of 46.8 seconds.

This week the Aggies host the Texas A&M Quadrangular, a meet that features Arizona State, Oklahoma and Texas Tech. TheSaturday event begins at noon inside Gilliam Indoor and will be completed in less than three hours.

Track & Field News first set of dual meet rankings were released this week and the Aggie women rank No. 1 with the A&M men at No. 2.

The Aggie women are the defending indoor dual meet champions and they start the 2015 season at No. 1 ahead of Arkansas, Kansas State, Texas, Kent State, Eastern Michigan, Akron, Purdue, Michigan and Notre Dame.

In the men’s rankings the A&M men are ranked second behind Arkansas, the defending dual meet champs, and ahead of Texas, Akron, Nebraska, Kent State, Illinois, Indiana, Purdue and Kansas State. 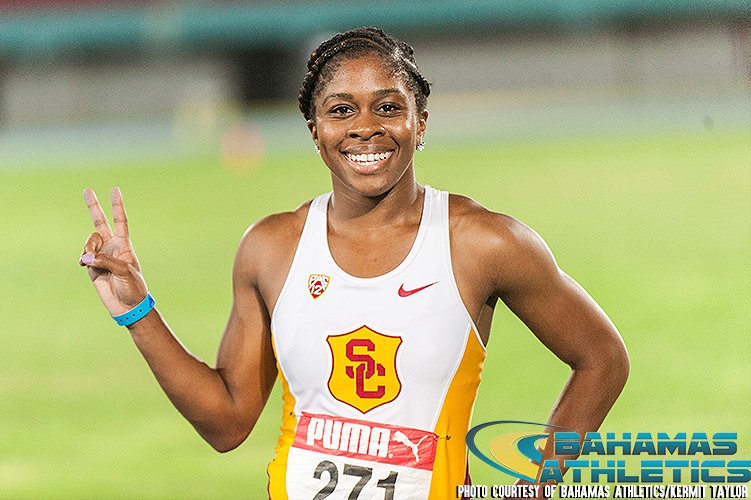