Seven years of planning came to a screeching halt with the postponement of the Tokyo Olympic games due to the global spread of the novel coronavirus.

Setting new dates for the Tokyo Olympics is now a jigsaw puzzle, and every piece has to fit. The puzzle will be unravelled if all stakeholders are involved in the decision-making process. A task force called “Here we go” has been set up to navigate the way forward and it is likely we could get an announcement on the new Olympic dates next month.

It is understood that the 33-member federation is looking at two periods in 2021 – the majority are pushing for July and August, while others are saying April and May to avoid the high summer temperatures in Tokyo. I was in Doha, Qatar, for the recent World Championships and it is the hottest place I have visited. I have not yet travelled to Japan; however, it seems summer in Japan could be just as hot as Qatar.

Notwithstanding, the period from April to May is not ideal for the Olympics based on the following reasons:

1) It is called the Summer Olympics for a reason and must be held in warm temperatures
2) It is too early, as many senior athletes do not open their outdoor seasons before March.
3) Some athletes need many opportunities at track and field meetings to attain the qualifying marks
4) National trials, for many countries, are staged in June.
5) The rescheduled World Indoor Championships is in March in Nanjing, China and that would be cutting it too close to have two global championships within in a month or two.

Another major event rescheduled to 2021 due to the novel coronavirus is the European Football Championships (Euros), which will run for a month from June 11 to July 11, 2021. It is a no-brainer that the Tokyo organizers would not want the spectacle of the Olympics to be competing for a shared audience with football if there is a clash of dates.

It would be ideal if the Olympics were scheduled after July 11, 2021. World Athletics president Sebastian Coe recently warned that the new dates for the Olympics would not satisfy everybody and he is encouraging persons to be flexible.

The tennis calendar is another major sport for consideration when finalizing the Olympic dates. It is best if the games fall between Wimbledon and the US Open championships. Wimbledon would run from June 28 to July 11 next year, while the US Open is from August 30 to September 12. Therefore, if the Tokyo organizers use the same dates from this year – July 24 to August 9, 2022 – it would fit perfectly inside the two grand slam tournaments.

The next thing to consider is the World Championships, which comes along every two years. The United States will host its first-ever World Championships in Eugene, Oregon from August 6-15, 2021. It is a big deal for them, and they would not want any hiccups. Under the current circumstances (COVID-19), I think the World Championships will make way to accommodate the Tokyo Olympics. The organizers in Eugene still have enough time to brainstorm and come up with new dates in 2022.

Although 2022 is considered a blank year for global championships, the task is made tricky by the staging of the Commonwealth Games in Birmingham between July 27 – August 7, 2022. The Eugene World Championships could kick off a week later.

Once the dates are settled, we now have to look at costs associated with the postponement of the Tokyo Olympics and the implications. Japan, who went all out to host the best Olympics ever, spent 3 billion on domestic sponsorship and another 12 billion on preparations. Tokyo 2020 President Yoshirō Mori has warned International Federations that they will have to decide among themselves who will bear the additional costs arising from the postponement.

Another major concern is the athletes’ village, which can house over 11,000 competitors. Based on reports, developers have bought hundreds of the new condominiums with other prospective homeowners making huge deposits. The new homeowners would have occupied the apartments after the completion of the games in 2020, and would likely require compensation for their displacement/earning capacity by either the Tokyo organizers or international federations a year later. Agreement by all parties involved is a better option than building another athletes’ village.

Additionally, Tokyo organizers would have to renegotiate several contracts, including the area of security. The safeguarding of the Olympic venue, athletes’ village, training sites and storage areas is paramount. The task force will also have to look at ticketing and accommodation. So lots of planning and decision making to come, but with all hands on deck, we hope for the best possible outcome.

The views expressed in this article are those of the author (Noel Francis) and do not necessarily represent the views of, and should not be attributed to, trackalerts.com. 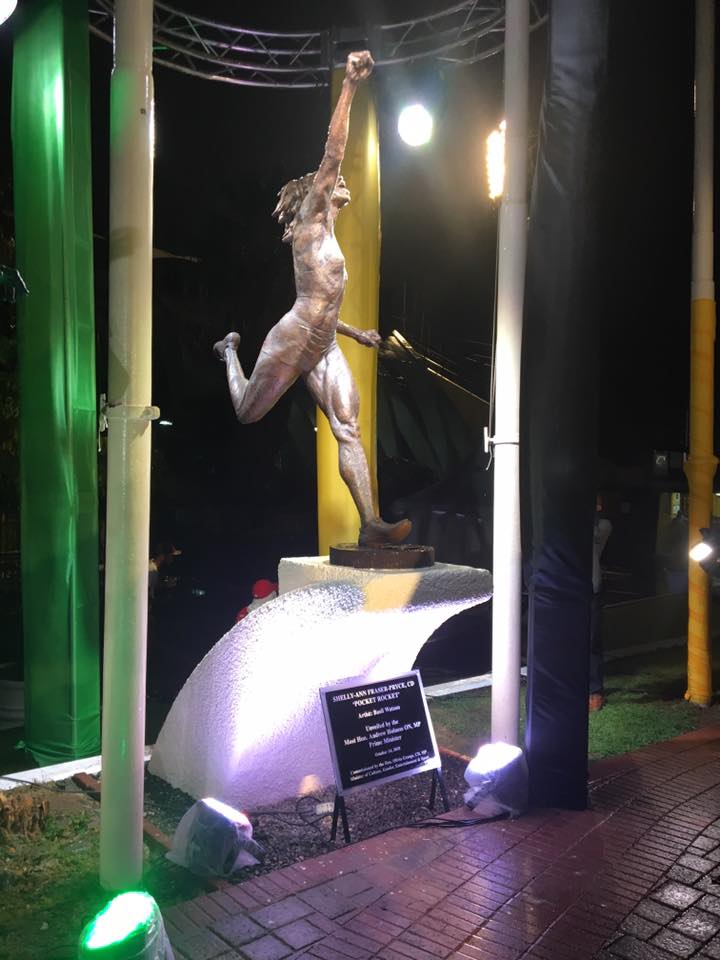