Champions Naggo Head Primary will go in search of a sixth straight title when the 34th INSPORTS/Seprod Primary Schools Athletics Championship gets underway May 6 at the National Stadium.

The four-day event culminates on May 10 and will host its traditional opening ceremony on May 9 at 3:00 pm.

A record 95 primary schools will participate this season, while a sixth victory for the Floyd Coke-coached Naggo Head will see them join Rousseau Primary in second on the all-time list – four titles less than Waterford.

Once again, their main threat will come from New Providence, Greater Portmore and St John’s, but Coke is confident that his troops can get the job done though favourites tag isn’t as strongly attached as in previous years.

“We still are very strong and we are a well balanced team. Any school who wants to dethrone us of our crown will have to be well balanced like us in all four Classes one, two, three and four where they will have to pick up more points,” Coke said.

Of the 38 events the Open Girl’s Cricket Ball Throw is the only final to be contested on the opening day. See Order of Events attached.

There will be no activity on May 7, in respect of Teachers’ Day.

On the fourth and final day the event will be televised live on CVM Television for the third year running.

Each day activities start at 8:30 am and closes at approximately 5:00 pm, except on the final day which is projected to end an hour later.

Tickets, which can be purchased at the gate, will be sold for the first two days at $200 and $400 for children and adults respectively. While the cost for children remains the same throughout, adults are required to pay $500 to enter the stadium on the penultimate and final days. 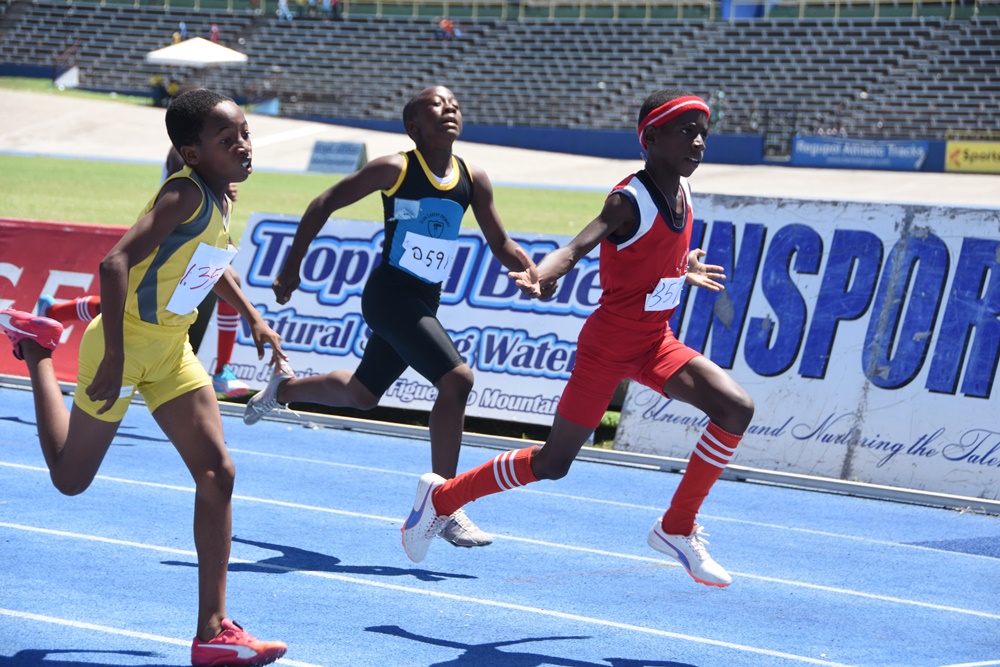