The North American, Central American and Caribbean (NACAC) Area Association has thrown its support behind IAAF President Lord Coe in his effort to clean up athletics.

The world governing body has been rocked by scandals, in recent months. Several top officials, including immediate past president, Lamine Diack, have been accused of taking bribes to cover-up drug cases. Diack was arrested in France last November and subsequently charged with corruption and money laundering.

In January, a panel of the IAAF Ethics Board (formerly Commission) banned four officials – Papa Massata Diack, former marketing consultant to the body and son of the former President, Valentin Balakhnichev, former President of the All-Russia Athletic Federation (ARAF), Alexei Melnikov, former Chief ARAF Coach for long distance walkers and runners, and Gabriel Dollé, former Director of the IAAF’s Anti-Doping Department. All have been cited for various breaches of the IAAF Code of Ethics.

Lord Coe, who at one time ruled the world in middle distance running, was elected to the presidency in August last year, and has subsequently, set out his road map for athletics to restore trust and deliver a vision for attracting more young people.

The NACAC Executive Council, in a resolution with eight signatures, and of which Trackalerts.com have obtained a copy, noted that it “FULLY and UNEQUIVOCALLY supports Lord Coe in his role, recommendations and actions as IAAF President, both now and in the future.”

Below is the full Resolution:

WHEREAS: The IAAF, certain former officials and their associates are under investigation for ethical breaches and have come under legal investigation; and

WHEREAS: The policies, practices and governance of the IAAF must drastically be changed to ensure the integrity of the sport of athletics and to protect our clean athletes; and

WHEREAS: The sport of athletics must be united in our efforts to severely punish past wrongs, clean up past practices and be clean in the path to a positive future; and

WHEREAS: In such a time of crisis, strong leadership is critical to addressing the crisis and moving forward; and

WHEREAS: IAAF president Lord Sebastian Coe, on his record as a athlete and leader, has demonstrated the integrity and resolve needed to lead athletics into a better future;

BE IT HEREBY RESOLVED, on this day Saturday, February 20, 2016, that the Executive Council of the North American, Central American and Caribbean (NACAC) Area Association of the IAAF FULLY and UNEQUIVOCALLY supports Lord Coe in his role, recommendations and actions as IAAF President, both now and in the future. 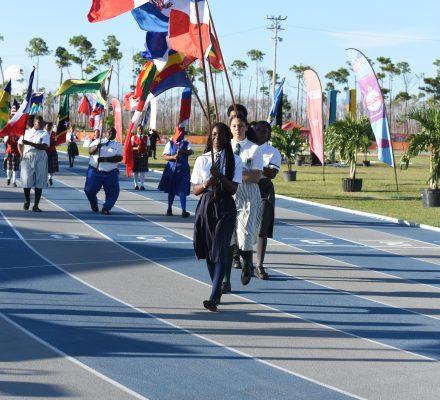