Gatlin, who leads the world with a flashing 9.87 seconds, is coming off a fast wind-aided 9.76(2.7m/s) clocking at Saturday’s Prefontaine IAAF Diamond League meeting in Eugene and he will start as the hot favourite to add to his streak so far this season.

The Jamaican star sprinter bounced back from a leg problem on Saturday, where she finished last in the 200m in Eugene, with a 100m win in Bellinzona on Tuesday and she said she’s ready for a better performance in Rome.

Countrywomen Kerron Stewart and Simone Facey, Murielle Ahoure of the Ivory Coast and American Tori Bowie, who surprised everyone to win the 200m at Prefontaine are also down to race against Fraser-Pryce. 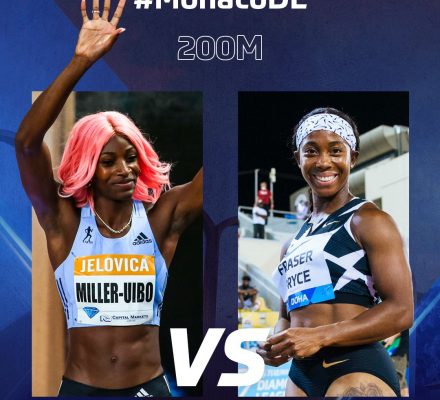