For some it was a tune up for the Commonwealth Games in Glasgow, Scotland later this month. For others, it was the end of competition for the 2014 season.

By time Tahesia Harrigan-Scott comfortably crossed the line to win the 100m, the final women’s individual event Sunday evening’s program, BVI athletes had bagged six medals—including two gold—in the revival of the OECS Track and Field Championships which were last held in 1991 in St. Lucia.

Harrigan-Scott captured gold with a wind aided time of 11.29 seconds, in a race that had a +4.1 meters per second tailwind. Teammate Karene King—who was second the in the 200m on Saturday night—placed fourth in 11.70.

Trevia Gumbs landed the Shot Put crown with a throw of 13.69m to collect the territory’s other gold medal on Sunday.

The medal haul began on Saturday when Tynelle Gumbs opened her Javelin Throw account with a heave of 35.40m which stood up as the second best throw of the competition, to collect silver.

The third silver medal was bagged when Ashley Kelly ran her fastest 400m since her collegiate days to finish second behind Alexander in 53.17 seconds eclipsing the 53.43 season’s best she ran at the BVI Twilight Invitational last month.

Lakeisha “Mimi” Warner finished third in a season ending 800m run with a time of 2 minutes, 16.14 seconds, to earn the bronze medal.

Tarique Moses ended his season with a personal best of 49.40 seconds after finishing fourth in the 400m. He ran 49.87 in the prelims to advance to the final.

Harrigan-Scott, King and Kelly, will be joined by Chantel Malone, Shaquoy Stephens, Keron Stoute and Eldred Henry at the Commonwealth Games, which will have track and field action from July 27-Aug 3.

Following the Commonwealth Games, Stephens and Henry will fly to Kamloops, Canada, for the NACAC U23 Championships, Aug 8-10. 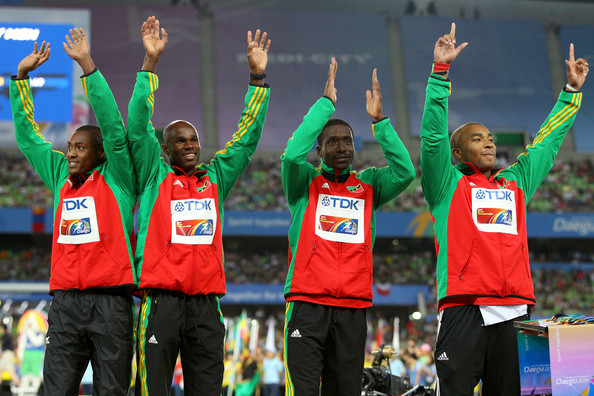 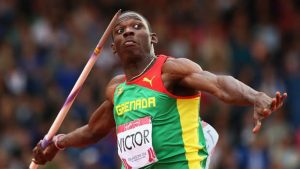