“So excited for what’s ahead for me,” he wrote on social media after the Blazers Invitational.

Olympic Games 100m hurdles champion Jasmine Camacho-Quinn of Puerto Rico was impressive in the women’s 300m. She ran 36.63 to beat Jessica Beard of USA, 37.00 and Christal Mosley of Alabama, 37.86.

Andre Ewers finished third in the men’s 60m, crossing the line in 6.80, behind Mason Phillips of Alabama, 6.73 and Sterling Warner-Savage of Louisville, 6.75.

Jacious Sears of Miami won the women’s event in 7.38secs ahead of Amari Brown of Alabama, 7.42.

Ebony Morrison of Liberia took the women’s 60m hurdles in 8.24 ahead of Shayla Broughton of Mississippi State, 8.43. 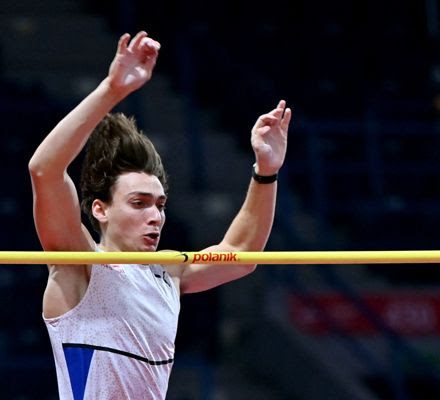