It was a strategic win for Guyana’s Cleveland Forde this morning in the men’s open of the 12th CARICOM 10K road race, where he overcame longtime rival, Trinidad’s Curtis Cox, on home turf.

The race which began in front of the CARICOM Secretariat, and ended at the country’s National Park in Central Georgetown, saw St Vincent & the Grenadines’ Linda McDowall, pick up the women’s 10k win in a time of 37 minutes and 57 seconds. McDowall prevailed over Guyana’s Euleen Jossiah-Tanner, who clocked 39 minutes and 46 seconds. Guyana’s CARIFTA Games bronze medalist Andrea Foster was in for third in a time of 40 minutes and 37 seconds.This sounds better.

The annual competition, which also this year featured a 5k and 1500m component for the first time, saw wins for Guyana’s Ricky Williams in the men’s 5k, and Guyana Joanna Archer, on the distaff end.

Under cloudy skies, and slight drizzle, Forde defended his title, and continued his reign as the region’s top long distance athlete after clocking 32 minutes and 39 seconds, for the win. This marks Forde’s third consecutive, and fifth overall, title. Cox was in for second place in 32 minutes and 56 seconds. Third place went to Guyana’s Winston Missigher who finished in 33 minutes and 28 seconds.

Defending his title, Forde had to plot a tactical race to overcome Cox.

“I came out to compete, I didn’t know how it would be, I said when I start the race then I would decide if I would go or stay, or whatever the case may be. We got good weather, but the wet road was another factor because you couldn’t push your pace, you were sliding, so I just abide my time a little, see how the pace was going.” The 31 year old said. Check voice clip. i did check the voice and those were his words if you want i could replace it with something more appropriate in brackets but those were his words. if ypu prefer you could cut out that piece but i went back to the recording, those were his words.

“I decided to move earlier, but the guys just kept coming so I adjusted my pace again but I keep seeing the Trinidadian step up the pace… I knew that I had to get close, I said I’ve got to get up there, and I was saying to Missigher to move up, but he was a bit slow on that, so then I decided I’ve got to move now, so I went ahead, and continued.”

Forde’s next move is to work on getting his times below that 30 minute mark. Forde admitted that the timings produced by long distance athletes in the region, are not as encouraging, as they should be and he hopes to move on and change this.

“Right now, it’s just about running faster times. If you look at the times, they’re not impressive times so I mean, we have a lot of work in this region here, but then you look at the conditions as well for training and so forth. I would say because of the conditions we’re trying, but I’m definitely looking to go below 30.” Forde said. 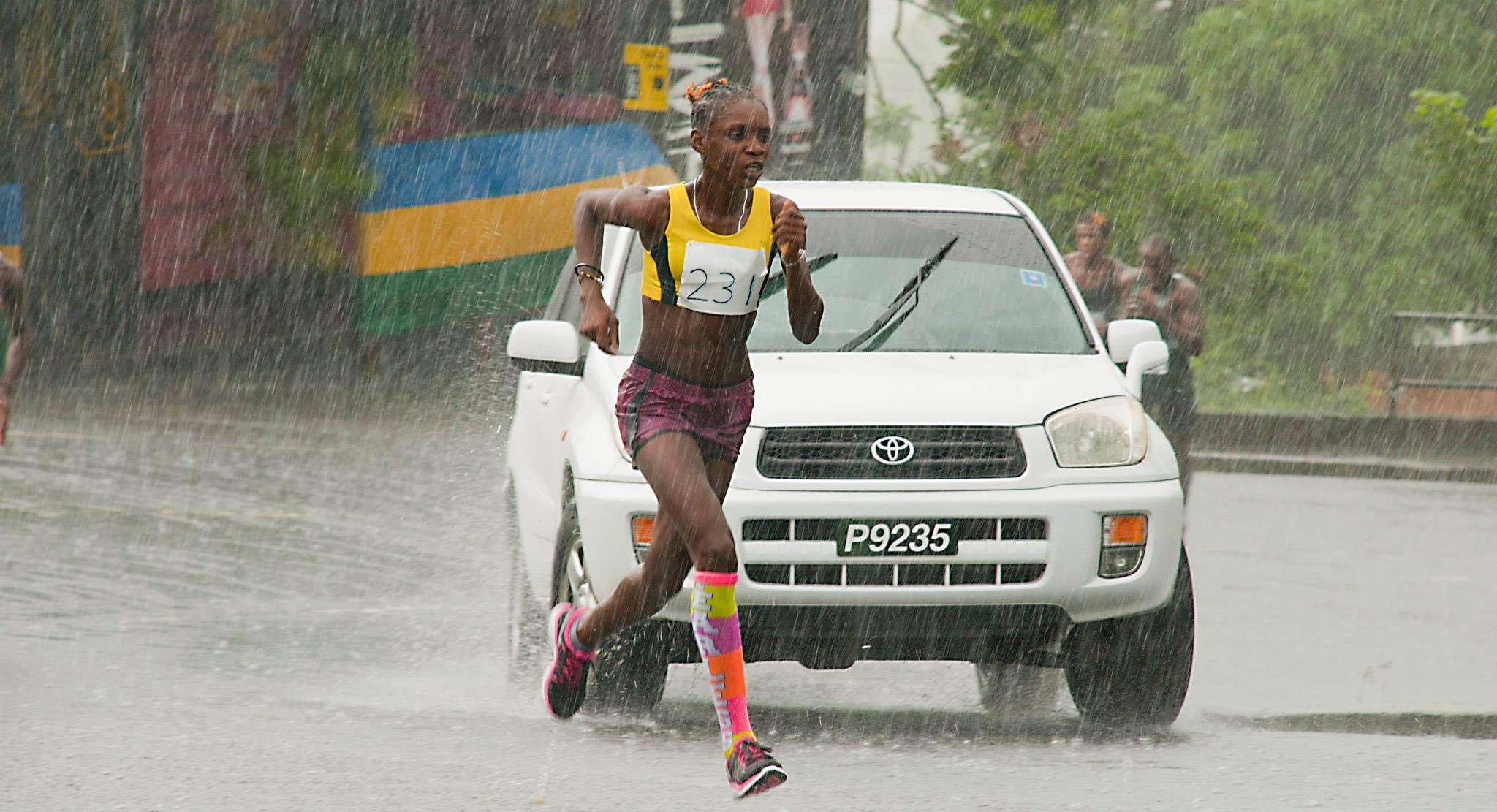