By Anthony Foster in Grand Cayman

Olympic Games 200m champion Allyson Felix said, she will be approaching her races with caution having been troubled with hamstring problems.

Unlike Kingston, Jamaica, however, Felix who won three World Championships 200m titles and finished on top of the podium in the London Olympic Games event, is expected to face the starter in the women’s 100m.
She is slated to come up against Veronica Campbell-Brown, Miki Barber Muriel Ahoure, Asha Phillip, Cristina Santos, Trisha Ann Hawthorne and Cache Armbriste.

At the press conference on Tuesday, a happy Felix expressed, "I think anytime you get an opportunity to come here, you just have to jump at it.”

“I’m feeling really good,” she said going into her first Cayman Invitational.
She, however, added "its just ups and downs along the way back (from the injury sustained during the World Championships 200m final in Moscow last year).”

Felix continued: “recently I have had some soreness and tightness in my hamstrings, so I am just dealing with that an being cautious and careful as I make my way back to the track.”

The Cayman Invitational, organized by Cayman Islands’ track queen Cydonie Mothersill, is in its third staging and will be held at the Truman Bodden Stadium. 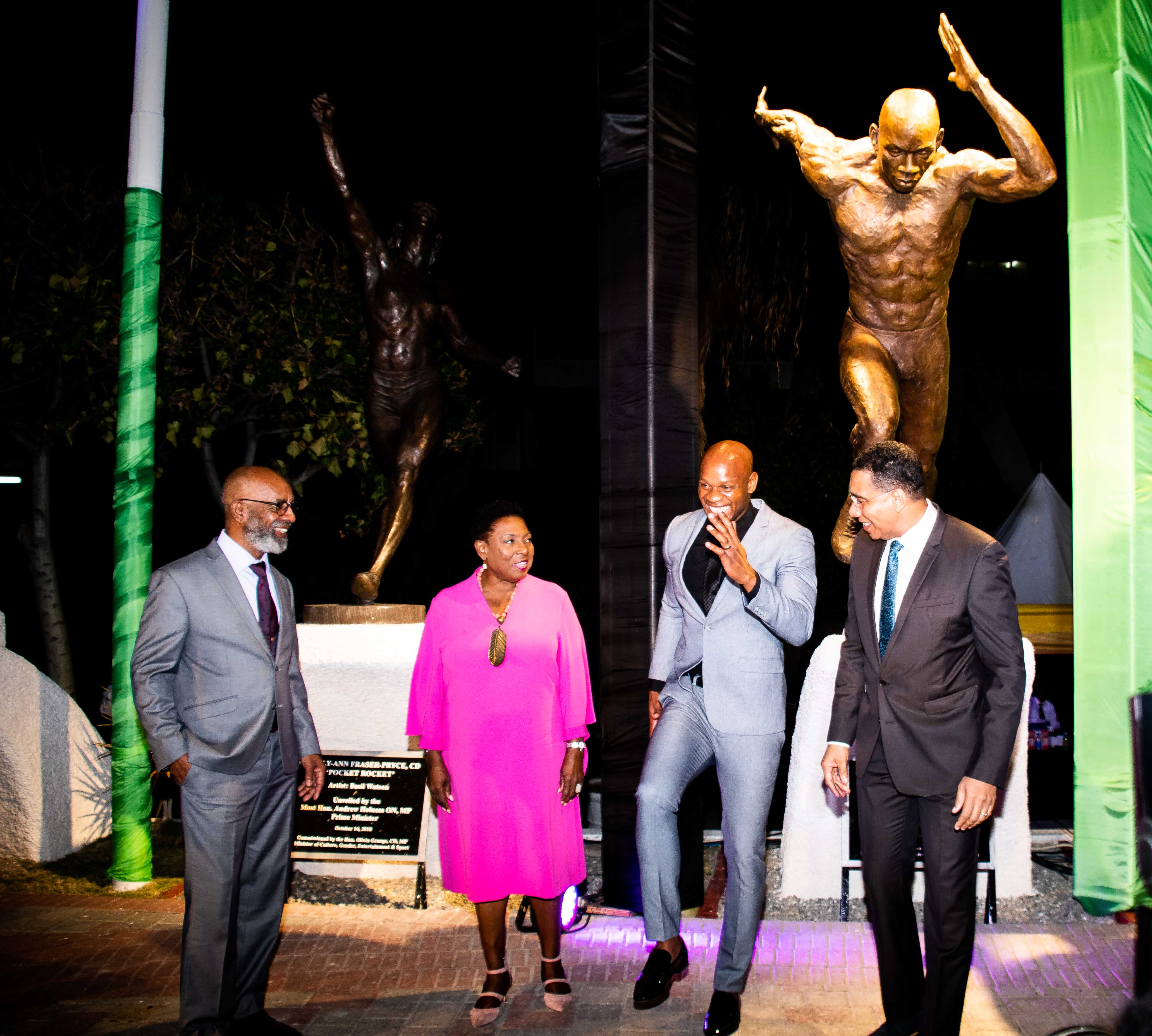