The Court of Arbitration for Sport (CAS) has upheld charges laid by the Athletics Integrity Unit (AIU) against Russian high jumper Danil Lysenko, for multiple breaches of the Anti-Doping rules including whereabouts failures and tampering with the results management process.

The case was heard directly by CAS in May under the terms of the athlete’s Neutral Athlete agreement with World Athletics, and a CAS Panel has imposed a six-year ban on Lysenko (two years for the whereabouts breaches and four years for Tampering) commencing on 3 August 2018, the date of his provisional suspension.

The CAS Panel further held that two years of the six-year period of ineligibility should be suspended on account of the Substantial Assistance that the athlete provided to the AIU in bringing charges against former RusAF officials, Dmitry Shlyakhtin and Artur Karamyan and his ineligibility will therefore end on 3 August 2022.

The CAS decision is final and binding and means that the athlete will now miss this year’s Olympic Games as well as next year’s World Championships in Eugene. The reasoned decision of the CAS Panel has not yet been made available but will be published in due course.

In a separate proceeding, the athlete’s coach, Evgeniy Zagorulko, admitted to violations of Tampering and Complicity in connection with the AIU’s investigation into the Lysenko whereabouts case and accepted a 4-year period of ineligibility under the applicable rules. The coach similarly provided Substantial Assistance to the AIU in connection with the charges against Shlyakhtin and Karamyan, and the case to determine the appropriate suspension of his sanction on account of such assistance was due to be heard by CAS before Mr Zagorulko sadly passed away in April.

Today’s announcement brings to a conclusion a protracted set of proceedings that started in November 2019 when the AIU charged the athlete, his coach, the Russian Athletics Federation (RusAF) and several senior RusAF officials, including Shlyakhtin and Karamyan, Alexander Parkin (Executive Director), Elena Orlova (Senior Administrator) and Elena Ikonnikova (Anti-Doping Coordinator) with serious breaches of the Anti-Doping Rules in relation to the submission of forged documents and false explanations to the AIU and their conduct during a 15-month AIU investigation into the case. All those charged by the AIU have been sanctioned and their decisions are now final and binding.

“We welcome the CAS decision. This has brought closure to a protracted case that showed the lengths to which some individuals will go to cheat, but also the AIU’s capability to investigate such behaviour. We do hope this outcome serves as a warning against any form of fraudulent conduct in our sport,” commented Brett Clothier, Head of the AIU. 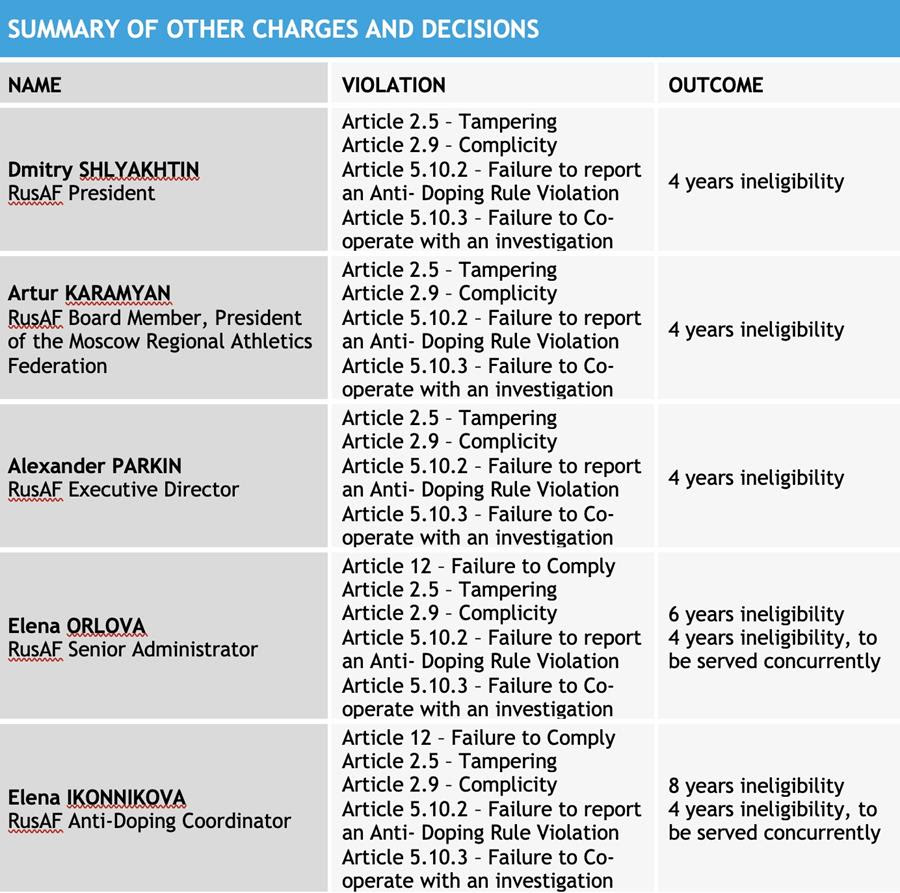 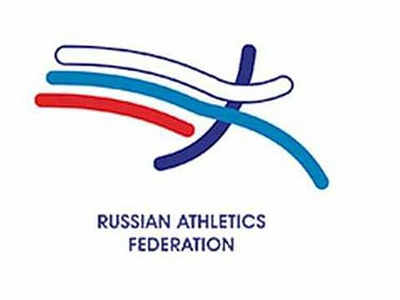