On Day 4 of #Champs2019 the fireworks started, with soaring times and records defining the finals for both the Boys and Girls 100m finals across classifications.

In Class 1 boys’ final, Oblique Seville of Calabar triumphed over a field that included Ryiem Robertson of JC and teammate Michael Stephens, with a blistering 10.13 seconds ( just of Zharnel Hughes’ record of 10.12).

Robertson finished in a close second with 10.19. Michael Stephens suffered a case of Deja Vu, as he appeared to pull up again in the latter stage of the race like in 2018 ( albeit crossing the finish line this year in 10.34).

In the Girls Class 3 final, the unprecedented did occur when Edwin Allen’s Tina Clayton took home the gold in a record time of 11.27 to cement the school’s winning position atop the team standings. She finished well ahead of her schoolmate and twin Tia Clayton, the event’s favourite (11.60) and St Jago’s rising star Brianna Liston (11.61).

As for the Class 2 girls’ final, Kevona Davis of Edwin Allen won in 11.19, just three-hundredths of a second off her own Champs record of 11.16. Ackera Nugent of Excelsior High was the closest to her in 11.42.

The Class 1 girls’ final produced a shocker with Hydel’s Ashanti Moore storming to a huge personal best of 11.17 for gold. Ockera Myrie of Petersfield took second in 11.51.

The Class 2 boys’ final saw Vashaun Vascianna of St. Jago upsetting the defending champion and record-holder Terrique Stennet of KC to win in 10.38. Bouwahjgie Nkrumi with 10.54 and Stennett 10.57, however, got valuable points for KC.

Heading into Day 5, Kingston College has a sizable lead on the field for the boys’ team standings, at 180, 40 points ahead of rivals Calabar 140 and Jamaica College 111.

All will look to capitalise on the 200m, 400m, relay finals and sprint hurdles finals on Saturday’s final day. 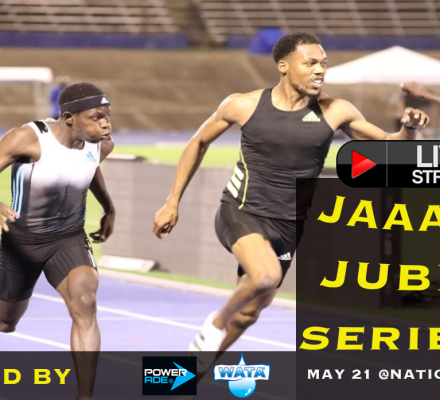 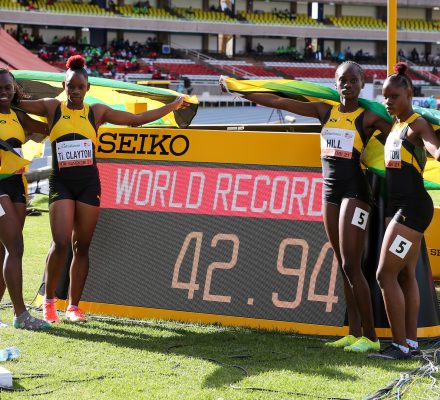