Advancing from heat 1, were Machel Cedenio (TTO) who took the lead from Gil Roberts (USA) to win in 44.98 sec . Roberts, who had the best start and an impressive curve came in second with a time of 45.27. Also qualifying in the third spot was Yoandis Lescay (CUB) in 45.36 secs. Jamaica’s Fitzroy Dunkley was fourth after losing his impressive momentum in the last 100m.

Heat 2 was won by Bralon Taplin of Grenada in 45.15. It was a heated competition between himself and second place finisher, Nery Brenes, of Costa Rica who qualified in 45.53 secs. Third went to Karabo Sibanda of Botswana in 45.56 secs.

Heat three was a bit nerve wracking for Caribbean fans, as Javon Francis (JAM) was in last place after 300m of the race. He dug deep to come third in a time of 45.58 secs. He was beaten by World Champion, Wade Van Niekerk (RSA) in 45.26 secs
who finished ahead of the field and Luguelin Santos (DOM) who was second in 45.61 secs.

Heat four was won in 45.24 secs by Lalonde Gordon (TTO) who controlled most of the race along with third place finisher Baboloki Thebe (BOT). A strong late finish propelled Luka Janezic (SLO) into second (45.33 secs) to finish ahead of the 19 year old Bahamian, who ended the race in 45.41 secs. Bahamian Chris Brown was fourth in 45.56 secs.

The fifth heat featured former World and Olympic champion LaShawn Merritt, who easily won out of lane 7 in a time of 45.28. He finished in front of Abdalela Haroun (QAT) 45.76 and third was Isaac Makwala (BOT) 45.91 secs.

Reigning champion, Kirani James (GRE) showed why he is a hot favourite for the gold by cruising to an easy 44.93 in Heat 6. Rusheen McDonald (JAM) fought for a second place finish in 45.22 secs and third was Matthew Hudson Smith in 45.26 secs. David Verburg (USA) was able to qualify as the first fastest loser from this heat in 45.48 secs.

In the final heat of the night, Bahrain’s Ali Khamis led from start to finish to win in 45.12. The impressive young Bahamian, Steven Gardiner, was second in 45.24 secs . Getting the third automatic qualifying spot was Liemarvin Bonevacia (NED) in 45.49. Rafael Omelko (POL) and Pavel Maslak (CZE) both qualified from this heat as fastest losers in times of 45.54 secs each. 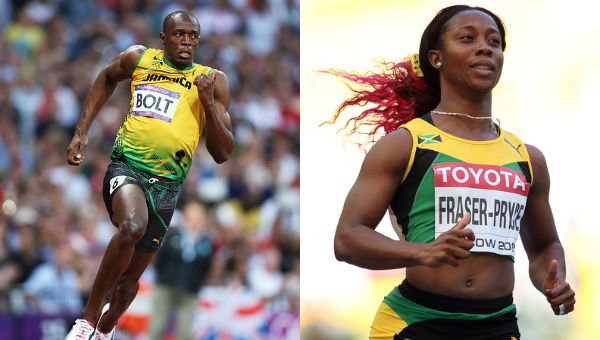