EDMONTON, Canada – Priscilla Lopes-Schliep, bronze medallist in the 100-metre hurdles at the 2008 Summer Olympics in Beijing, who was ranked No. 1 in the world in 2010, officially announced her retirement from track and field on Thursday.

Lopes-Schliep emerged as a key member of what became a Canadian tradition of excellence in women’s sprint hurdling following a stellar collegiate career at the University of Nebraska-Lincoln. She was the 2004 NCAA indoor champion, winning the 60-metre hurdles that year in a time of 7.82 seconds.

Her talent took the Scarborough native to the Summer Olympics in 2008, where Lopes-Schliep finished third in the women’s 100-metre hurdles final in a time of 12.64 seconds. It was Canada’s first Olympic medal in track and field since the 1996 Games in Atlanta, and the first Games medal won by a Canadian female since 1992, when Angela Chalmers won bronze in the women’s 3,000 metres.

“I have been able to medal at every level in my career,” Lopes-Schliep said. “It has been a blast. “At the end of the day, I’m happy with how things turned out.”

Lopes-Schliep won a silver medal in her specialty at the 2009 IAAF World Championships in Athletics in Berlin. She added a bronze medal in the 60-metre hurdles at the IAAF World Indoor Championships in Doha, Qatar in 2010. That was also the year Lopes-Schliep dominated the outdoor circuit, claiming the No. 1 world ranking in 100-metre hurdles as she won 12 straight races to clinch the overall Diamond League title.

In 2012, Lopes-Schliep posted the fastest 100-metre hurdle time by a Canadian woman that year, nine months after giving birth to her first child, daughter Nataliya. Unfortunately, Lopes-Schliep did not qualify for the 2012 London Olympics, after she uncharacteristically hit a hurdle at the Olympic trials.

By then, Canada’s hurdling depth included Phylicia George, Nikkita Holder, Edmonton’s Angela Whyte and heptathletes Jessica Zelinka and Brianne Theisen- Eaton. The event that Perdita Felicien and Lopes-Schliep dominated in the early 2000s, had caught on as the signature discipline for gifted Canadian women.

“When I returned to competition after having a baby (Nataliya) there were SO many girls out there competing,” Lopes-Schliep said. “It was THE event to watch. I’m glad I was able to motivate people to compete.”

A talented all-around athlete, Lopes-Schliep last year tried her hand in bobsleigh, training as a brakeman for two-time Canadian Olympic gold medallist Kallie Humphries in 2015. At 33, Lopes-Schliep and her husband, Bronsen, will focus on raising daughters Nataliya, 4, and Jaslene, 2, at their home in Nebraska. 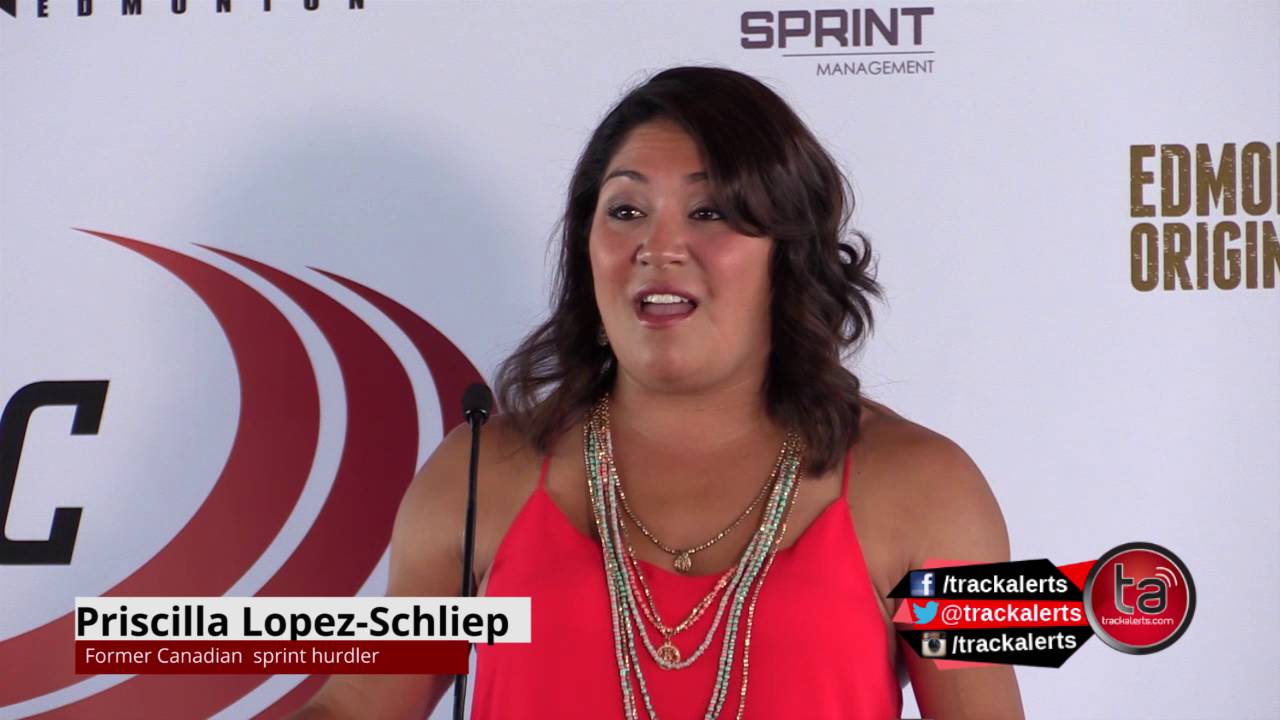