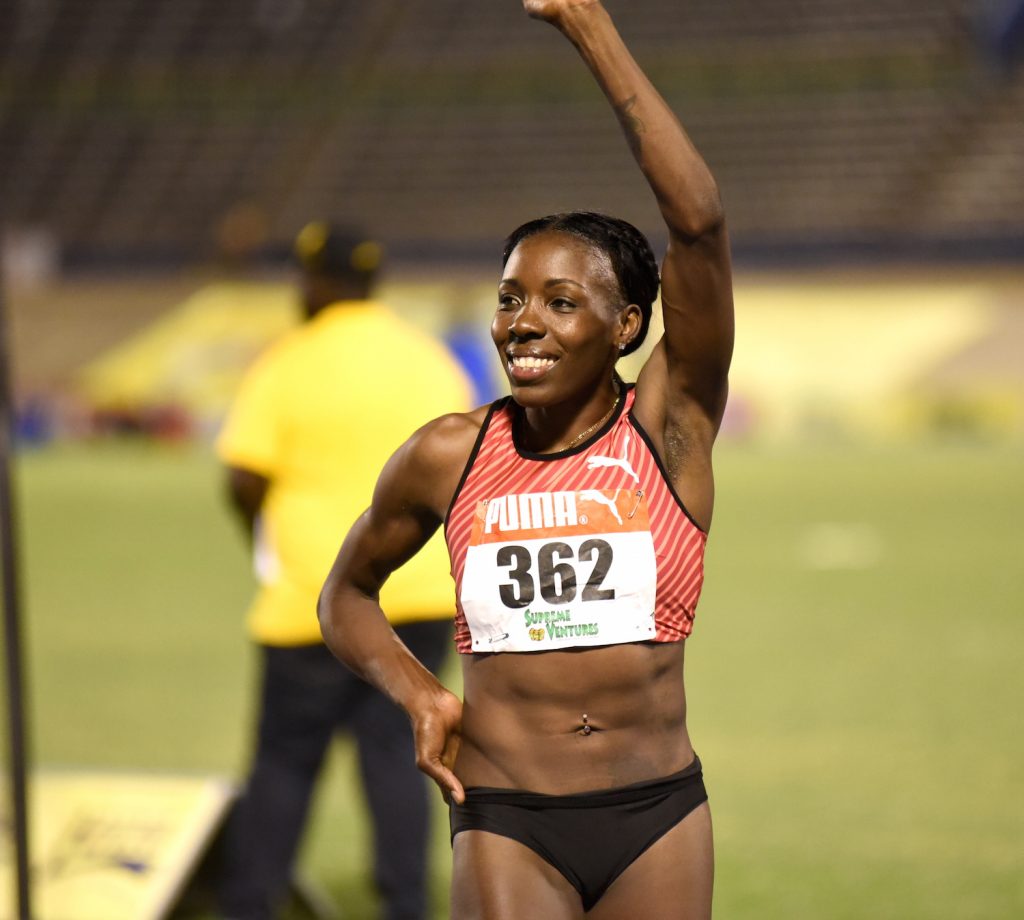 The 36 year old, Kenia Sinclair, showed that age is just a number in qualifying for next month’s Rio 2016 Olympic Games.

Asked how much this means to her, she replied: “I told myself, at the age of 36, you probably going to be one of the oldest at the Olympics, and I am going to prove to the world that age is just a number and I am just going out there to do my absolute best and nothing less.”

She finished eighth at the 2008 Olympic Games in Beijing, and according to her … “Four years from now, when I’m 40, I will be still running like Merlene Ottey,” she said with a smile.

Sinclair was second in the event final on Saturday at trials, running 2:01.11 behind Natoya Goule, 2:00.23. Both along with Simoya Campbell, the third place finisher, 2:02.86, will represent Jamaica in the event in Rio.

“I’m always battling injuries, but I just came out here today (July 2) and my main goal was to make the Olympic team,” she said.

“It’s been a rough three weeks you know I’ve been battling with a bad hamstring that prevented me from training, but I didn’t use it as an excuse. I just kept holding onto my faith and I tell myself everyone come here they can do it,” she added while adding, “sometimes you never know what an athlete has been going through.”

“I just pressed on keep praying and just hold onto my faith and it kept me and got me a spot in the Olympic team,” added the 2006 World Indoor silver medallist.

The half mile warrior was by no means worried about running the qualifying time as stated that she had hit the standard three times already this season.

“I mean I hit the standard 3 times already for the season so coming here, was just making it to top 3. Like I said, it’s been a rough 3 weeks, you know with my bad hamstring, can’t run, train can’t do anything.”

The 2006 Commonwealth Games silver medal winner, said she blocked all physical obstacles from her mind and is confident that she will be around for the 2020 Games.

“I mentally blocked it out, I told myself, this is going to prove how badly you want to be on the team, and when I got to the line I didn’t think about it, I ran through pain, didn’t find any excuse, I am happy with the result and to God be the glory.”