Each day during the IAAF World Championships, Beijing 2015 fans from around the world had the opportunity to vote for their favourite performances of the session via the IAAF website www.iaaf.org.

The nine winners of the daily vote were then pooled together for a ‘champion of champions’ vote, which was open from Monday 31 August until Friday 4 September, for fans around the world to vote via the IAAF World Championships, Beijing 2015 page and spikes.iaaf.org

Almaz Ayana’s stunning triumph over her Ethiopian compatriot and 1500m winner Genzebe Dibaba in the 5000m received 23.84% of the overall votes and she wins Performance of the Championships, powered by adidas.

The vote for the top three performances were completed by Ashton Eaton’s decathlon world record on Day 8 (17.15%) and  Dafne Schippers’ championship record 200m run on Day 7 (14.68%). 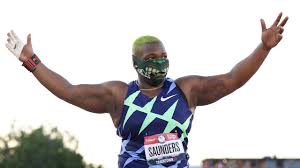